Food is certainly one of the best parts of a vacation. Trying out local and exquisite cuisines is fine, but you can also amp it up by trying strange delicacies and dishes! In this article, discover 10 of the most outrageously bizarre foods from all around the world.

Let your palate travel around the world with this incredible list of exotic, strange, and unheard-of dishes. Whether you decide to try them one day or not is up to you!

While this might look brutal to some, kiviak is a popular dish in Greenland made of hundreds of cute little auk birds stuffed into a dead seal. This dish is sealed shut and covered with seal oil to repel maggots and flies from infesting the carcass.

This strange delicacy is left to ferment under a rock for three months. The result is pungent and toxic-smelling bird meat that tastes like mature cheese or liquorice, delectable to the people of Greenland.

In ancient times, kiviak was a necessary source of vitamins during the winter season. Kiviak is often eaten during the winter months when food is scarce or during special occasions such as birthdays, holidays, and other celebrations.

This popular South Korean dish got its name from its unusual and bizarre appearance, similar to that of a human penis! Shaped like a phallus, the penis fish, or gaebul, is eaten raw and served with a savory sauce made of salt, oil, and spices.

The penis fish, contrary to its name, is not an actual fish but is part of a marine spoon worm species. When at the sea, this creature provides shelter for small crabs and other marine life by forming a U-shaped tunnel.

It can grow from 10 to 30 centimeters in length. While gaebul is sold all year round, the typical harvest is from October through February.

Next on this list of bizarre delicacies from around the world is China’s snake soup. The recipe goes back 2,000 years and is popular in China, Taiwan, and other parts of Asia.

Snake soup is very popular because of its perceived medicinal benefits and its flavorful taste. The intense flavor is due to the time it takes to make the soup, ranging from five to six hours. Cooked with meat stock, herbs, and spices, snake meat’s taste and texture are similar to that of fish.

While customers can pick out the type of snake they want to go into their soup, it is common for restaurants to have water snake and python snake soups available.

Have you ever imagined being served a sheep’s head on a plate? Norwegians don’t have to imagine this scenario! Called smalahove in their native Nordic language, this dish is a traditional recipe that involves, well, cutting off a sheep’s head.

This is a traditional Norwegian recipe that is eaten on the Sunday before Christmas. The preparation of this dish is a tedious two-day process that involves soaking it in a pot of water for 24 hours, creating a brine, and leaving it for another 24 hours before finally boiling it.

The most common side dishes served with the smalahove are mashed potatoes and rutabaga (Swedish turnip). The tastiest parts to try are the cheeks and tongue!

The tamilok, also known as the woodworm, is a tasty treat in the tropical country of the Philippines, mostly found in the regions of Palawan and Aklan. It is found in rotten logs or tree trunks submerged in water in swamps and moist woodland areas.

To successfully hunt for one, the wood must be cracked open to extract the slimy worm. Once the log or wood has been cracked open, it can be very easy to spot the tamilok wriggling and crawling around.

There are two ways in which this slimy delicacy can be served – ceviche style or raw. Similar to oysters, the tamilok has a fishy texture and a pungent, salty stench. Because it thrives on seawater, it has a bit of a salty taste to it.

This one you can do at home, or wherever you may be in the world. All you need is a stick of butter, batter, and a frying pan, and you can indulge yourself in this weird snack from the USA.

Aside from being a bizarre snack, deep-fried butter balls are also one of the unhealthiest snacks ever invented. Imagine biting into a ball of butter covered in deep-fried batter, and drenched with oil!

There are many new variations added to this recipe, including some with cream cheese, honey, cinnamon, and other ingredients, that can make this snack more palatable. While butter balls are certainly tasty, they definitely should not be consumed daily.

If you think eating animals is cruel, wait until you read about this one. Thailand’s dancing shrimp is a dish that douses live shrimp with a ton of sauce before being served. While being covered in sauce, the shrimp frantically try to escape, hence its name.

If you’re up for the challenge of eating a live animal, then this treat from Northern Thailand is a must-try for you. The dish gives off a pleasant and mouth-watering aroma, especially when topped off with sour sauce and other spices.

You can also try to make this recipe at home. All you need is a cup of live shrimp, garlic, chili, fish sauce, red onion, cilantro, lemongrass, coriander, lime juice, spring onion, mint leaves, and basil.

You should definitely grab a bite of fried bull testicles during your stay in Argentina. Also called criadillas, it is served alongside salsa. The popularity of this snack is no surprise as Argentina is made up of regions where bullfighting is still predominant.

To make this dish, bull testicles are chopped up into slices, covered in breading and a few spices, and deep-fried to golden perfection. While this dish seems pretty exotic, you can actually find it a bit closer to home as well.

In the U.S., bull testicles are also served as a snack, though they are hilariously called rocky mountain oysters. Try not to think of eating testicles once you bite into this delicious creation and you could find yourself wanting more!

Shiokara is a dish made of squid fermented in its own guts and salt. It is commonly served with rice in the country of Japan. Famous for containing Vitamin D, the dish has been labeled as one of the most disgusting dishes by foreigners who visit the country.

In Japan, it is not unlikely to find Japanese locals who also lack the acquired taste necessary for enjoying this strange-tasting dish. Actually, few people are fond of the shiokara. However, those who love it will consume the shiokara not as a side dish as intended, but as a main course!

Its taste is similar to European-cured anchovies, but with a slimy and chewy texture that can be quite difficult to get used to. While the slimy texture is often found in oriental cuisines, foreigners whose culinary cultures prefer crunchy and crispy will find the texture off-putting.

Called the hormiga culona, these large female leafcutter ants are eaten as a popular delicacy in the country of Colombia. They are harvested yearly between the rainy months of April and May and are prepared either roasted or fried to be eaten like peanuts.

These ants are juicy and tasty since they are usually harvested after mating, thus, their bottoms are filled with eggs. The people of Santander, Colombia, also believe that these ants are aphrodisiacs and can give anyone who consumes them the ability to reproduce.

These ants are usually cooked alive to avoid making them bitter. The legs and wings of the ants are removed before frying, leaving only the large reddish-brown body. Locals prefer the roasted version instead of the fried ones, so keep that in mind if you will be trying this snack!

Trying the cuisines and delicacies from different parts of the world is an interesting gastronomic adventure that is one to remember. It is true when they say that one can never truly know a place’s culture without experiencing and trying its food.

While some may sound unappealing or strange, keep an open mind towards other country’s cuisine. It is important that people must learn how to appreciate other countries food as a sign of respect when visiting. As long as you do not have any serious allergies, don’t be afraid to embrace your adventurous side and give one of these a try. 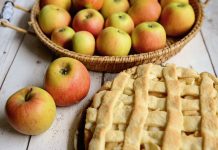 Learn How to Make Apple Pie – Recipe, Ingredients, and More! 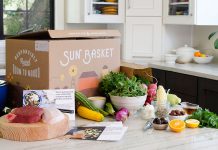 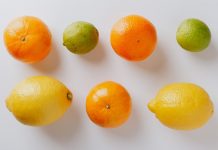 Vitamin Foods – Cook with These Foods to Up Your Vitamin Dosage 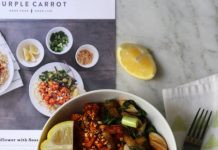