Taking a road trip across South America is a great way to get the most out of your time there. When tourists are in charge of the wheel, they can tour the attractions at their own speed. They can take their time to enjoy the beauty of the various cultures across the continent.

When planning a visit to South America, do not forget to add a road trip to your to-dos as it is a must-experience to enjoy the beauty of the continent fully. Check below to learn more about some of the best road trip destinations across South America. 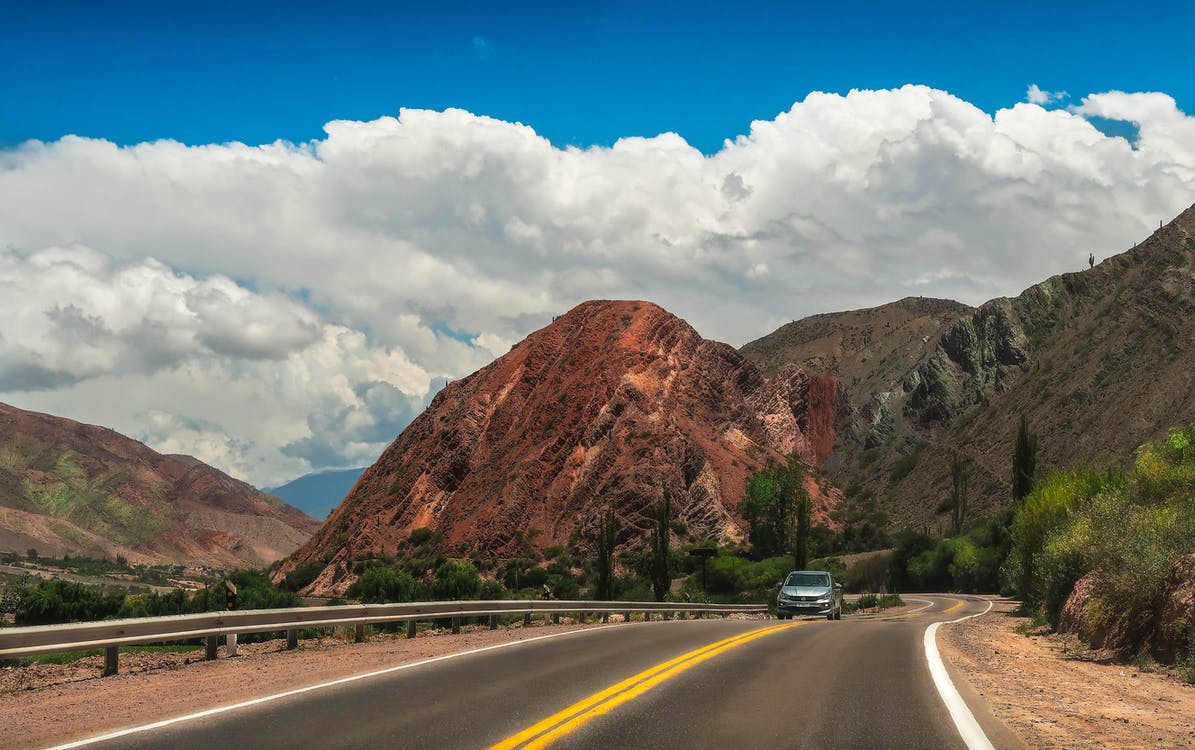 The BR-319 was constructed in the 1970s and is widely regarded as one of South America’s most dangerous roads. Similar to the Trans Amazonian, which was built at the same time, the Amazonas region of Brazil was intended to be opened up. 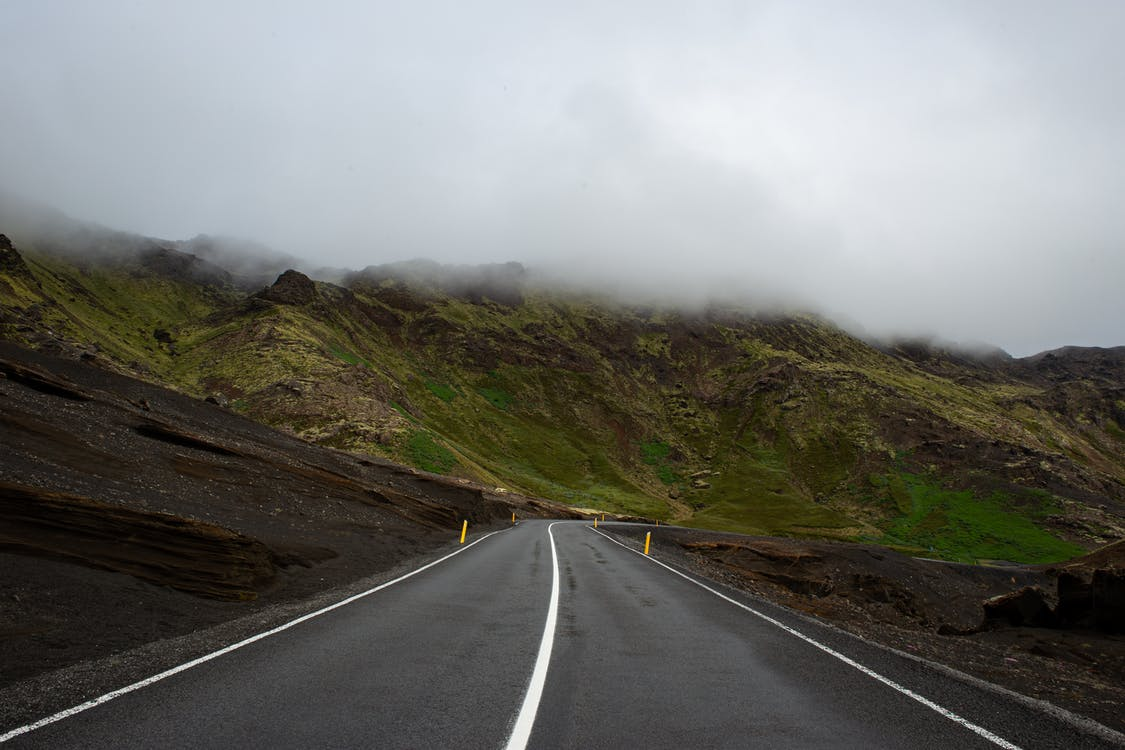 In contrast to its longer and more well-known sibling, it was left to deteriorate for decades. It’s hard to tell where the highway ends and the jungle begins because of poor building methods and the harsh climate.

Unless you are an experienced overlander, you should avoid attempting this path during the rainy season. In the wet season, many bridges are rebuilt, but in the event of a significant downpour, they are likely to be lost forever.

The Carretera Austral, created initially during the Pinochet government, is the only route connecting Chile’s north and south sections. This scenic road consists mainly of gravel, with a few paved areas for good measure. 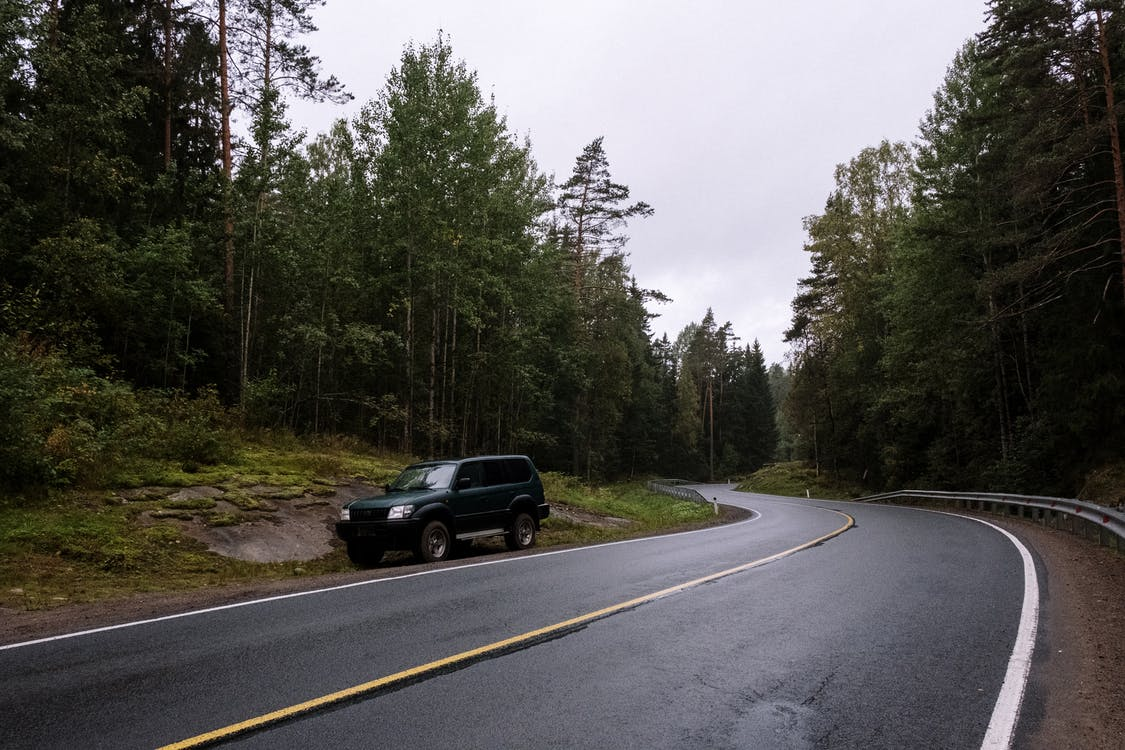 According to National Geographic, the road is a must-do for anyone looking for a unique road trip. There are extended periods of nothing but the breathtaking landscape between fill-up sites. The journey is difficult, so check to see if you have enough food, water, and fuel supplies.

The route could be shut down at any time due to paving projects. If you’re unlucky, you may have to spend the night in the car if there are road closures. Warm clothing and sleeping bags are essential.

This epic trail from Argentina to Chile, via Bolivia and Peru, on to Colombia before crossing Venezuela and the rest of South America on the way to the United States is undoubtedly one to remember. 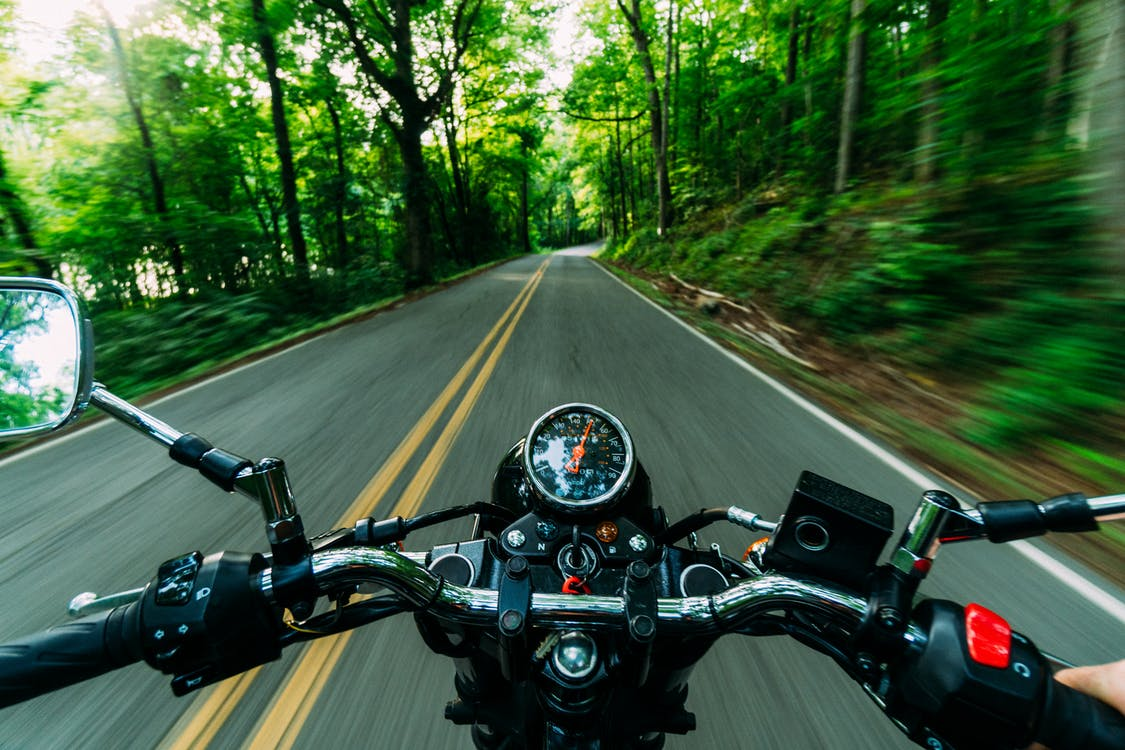 Try not to get lost in the Andes’ endless mountain routes while you gaze at wonders like the vast Atacama desert. The number of individuals who complete the journey is limited, and many signposts are no longer in good condition.

Most people find it difficult to travel this trail by car, and those who are truly adventurous must consider riding a motorcycle. If you follow in the footsteps of one of the world’s most revered and famous revolutionaries, you may experience a once-in-a-lifetime road trip.

The Death Road in Bolivia is an absolute must for everyone interested in going on an adventure trip. Death Road is especially recommended for those who are feeling particularly courageous and would like to take on the task of riding a bicycle along the trail. 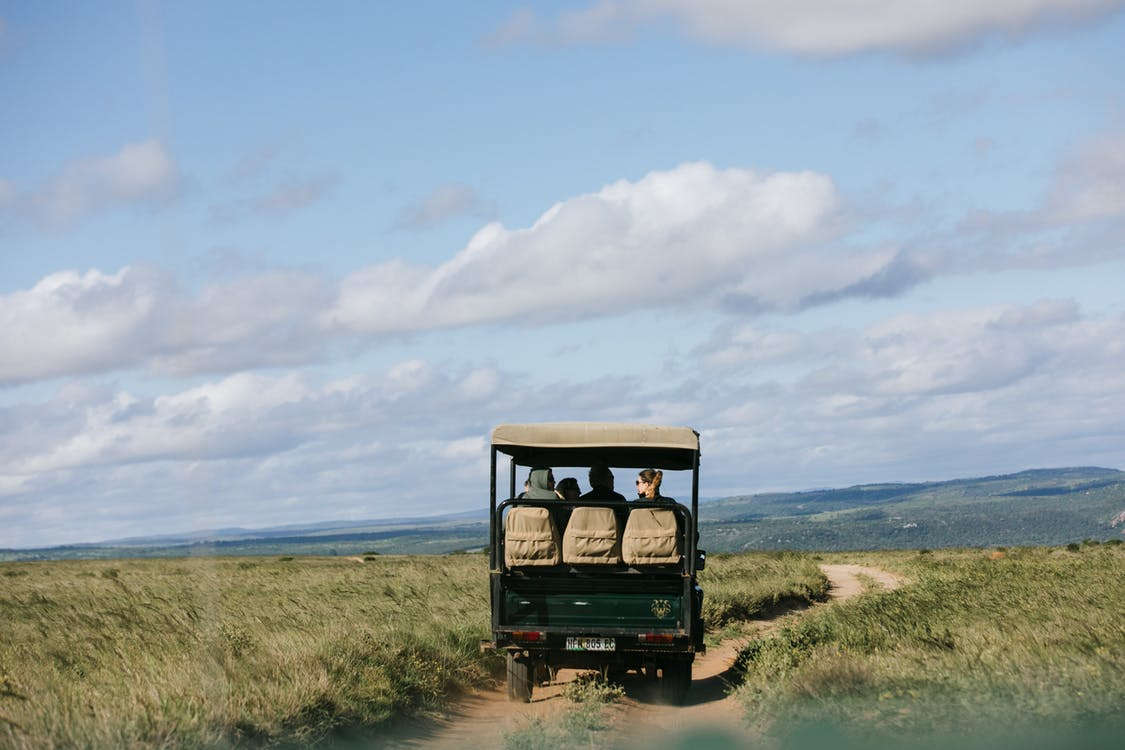 Despite its moniker, Death Road offers a scenic route to travel, as long as drivers aren’t concerned about the absence of guard rails and the numerous hairpin twists. The road was formerly believed to be the most perilous road in the world at one point.

Beginning at an elevation of more than 10,000 feet, the route, also known as the Yungas Road, travels through a tropical rainforest to the Bolivian town of Coroico, which is located some 5,000 feet lower than where the journey began.

The southern half of the world’s longest road is the setting for this epic South American road excursion. Although the Darien Gap complicates things, the Pan American Highway is over 24,000 kilometers long. This is only the South American portion, which clocks in at more than 11,000 kilometers! 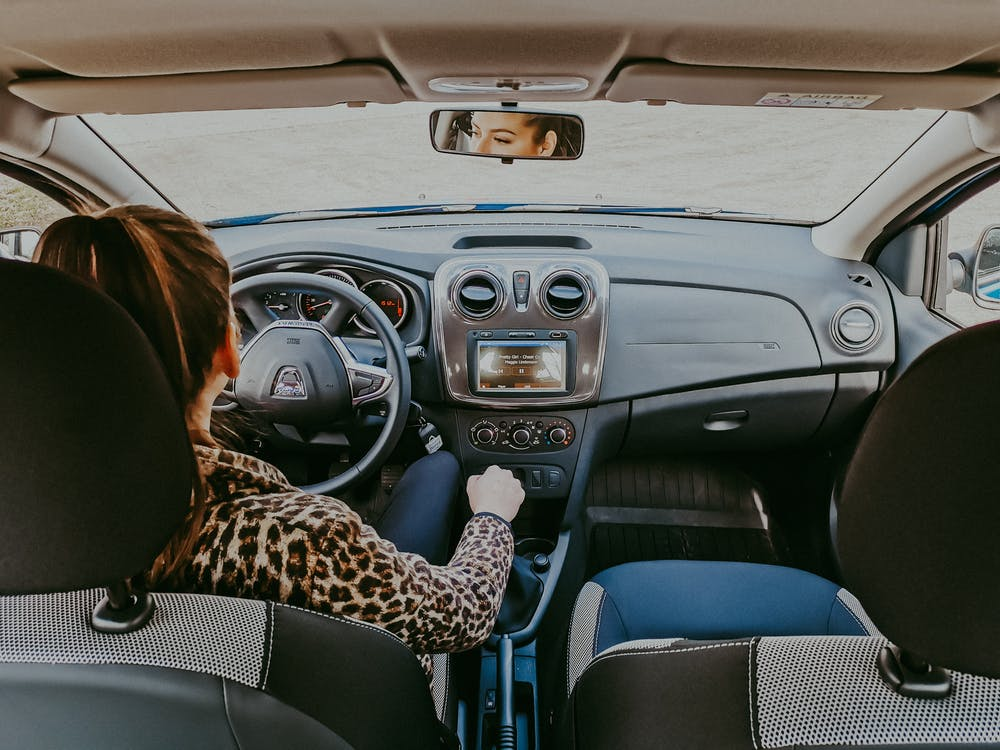 When planning this life-changing South American road trip, be prepared to drive more than twice that distance as you take time out to explore each country’s key sites and attractions. Many side activities don’t require driving, but you won’t want to miss them, such as trekking at The Lost City in Colombia and hanging out with seals in the Galapagos.

To complete a journey of this scope, you should expect to spend at least a year on it. If you are trying to accomplish the trip in less than a month, you will miss out on the incredible beauty of South America.

Route 7 or 365 curve road is a must-see destination for those who love driving along numerous splendid curves. Interestingly, A closer look reveals that the 365 curve road actually has 370 turns. 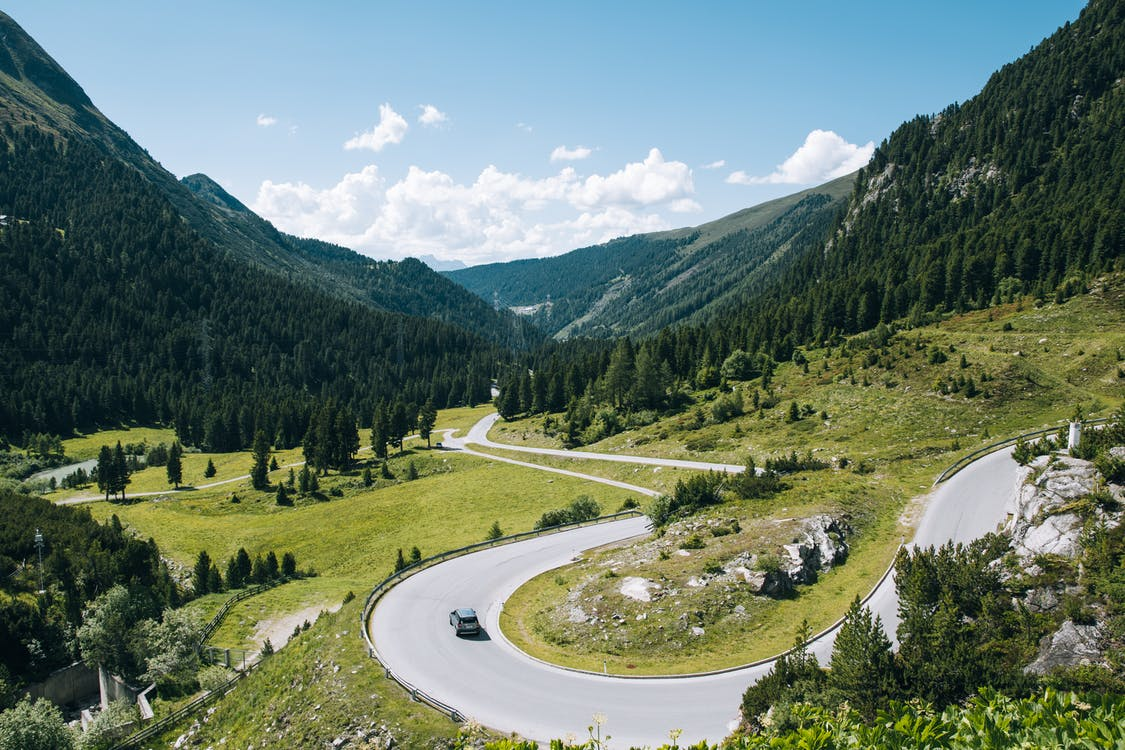 The name 365 appears to have remained since the locals prefer it. Adrenaline junkies will love this excursion because of the tight and hairpin turns.

During the South American summer months, the eight-hour drive from Montevideo to Punto del Diablo is a beach lover’s dream (December-February). You will surely get a fresh ocean breeze along the way. 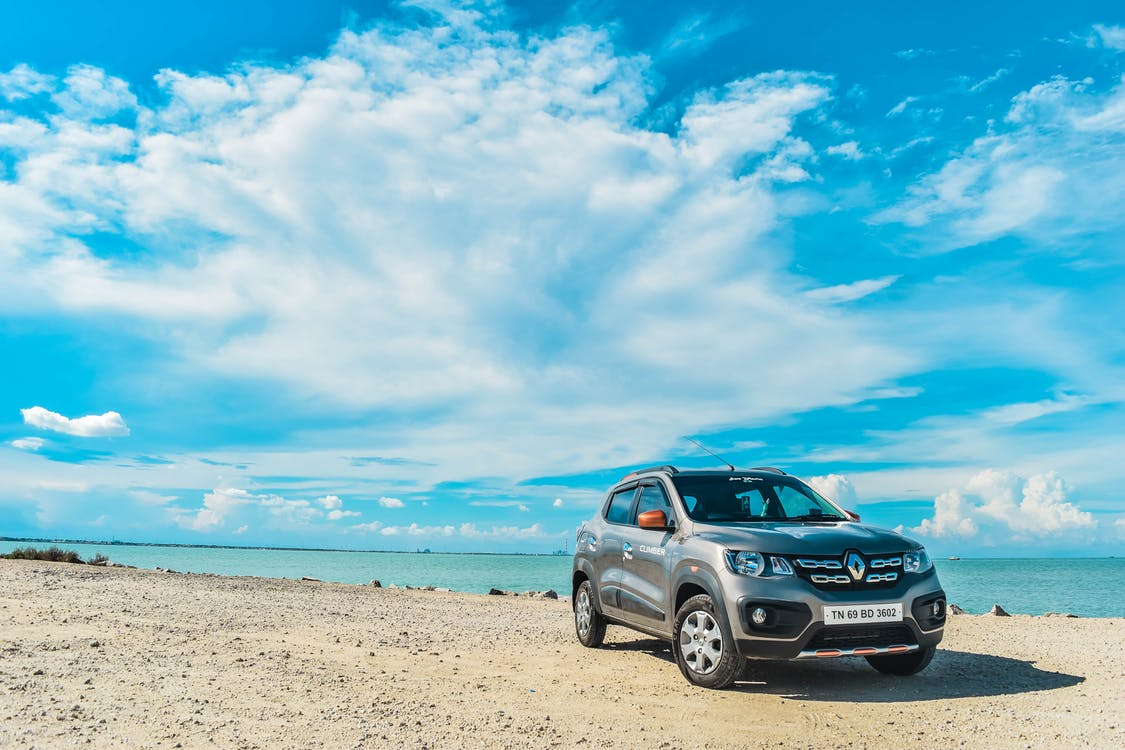 Route 10 will take you via several popular oceanside communities, including Laguna Garzón and Punto del Diablo, and Route 9 to the hippie tourist hamlet of Punto del Diablo. Traveling from Punta del Este to Punte del Diablo by car is an additional choice.

Route 40 is a well-known roadway in Argentina that runs from north to south. From the numerous bridges, national parks, rivers, and cities you’ll cross on this epic South American road journey, you’ll be breathless from start to finish. 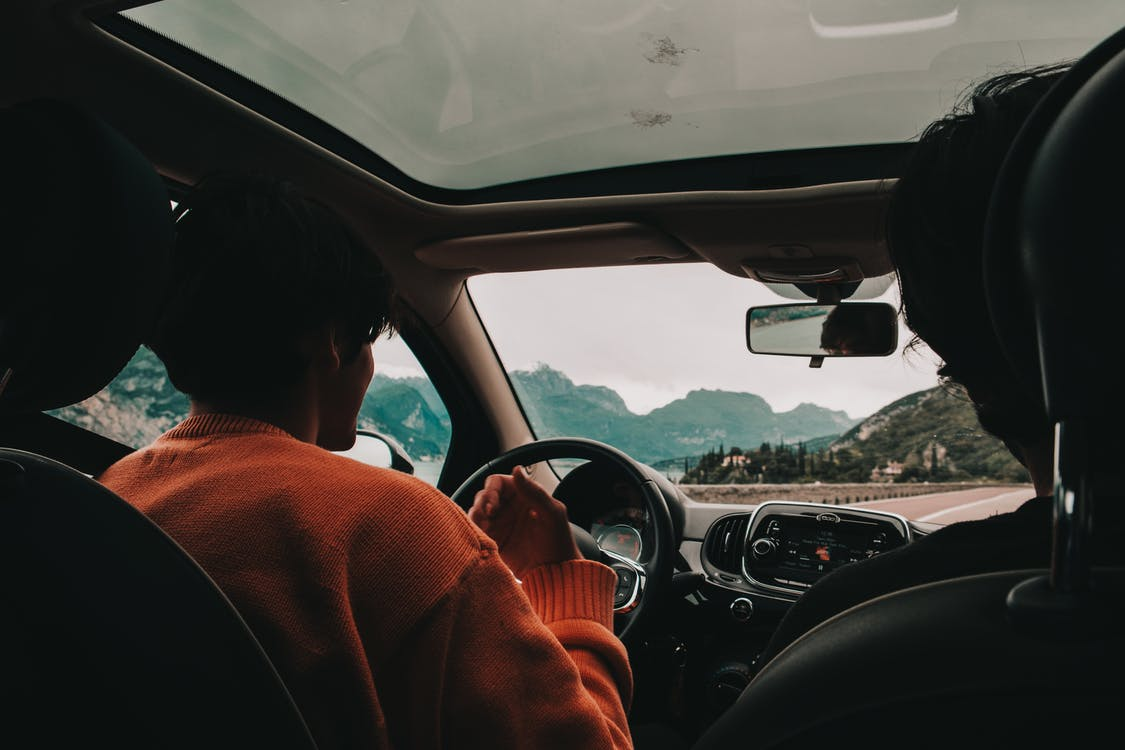 The road conditions are unpredictable, and the route includes sections of asphalt, gravel, and pothole-filled roads, making the trip more adventurous. Keep a spare tire on hand and fill up the tank whenever possible.

The route’s tarmac is being laid down more and more frequently, so you may be forced to make unplanned pauses if you come across a closed part. Eventually, the entire highway will be made of tarmac, making travel much more convenient and less exciting.

Visiting the Bolivian salt flats may not immediately come to mind when planning a South American road trip, but try to consider it. Since the salt flats are so huge, you’re not going to have the place to yourself for the duration of your trip to Bolivia’s most well-known tourist site. 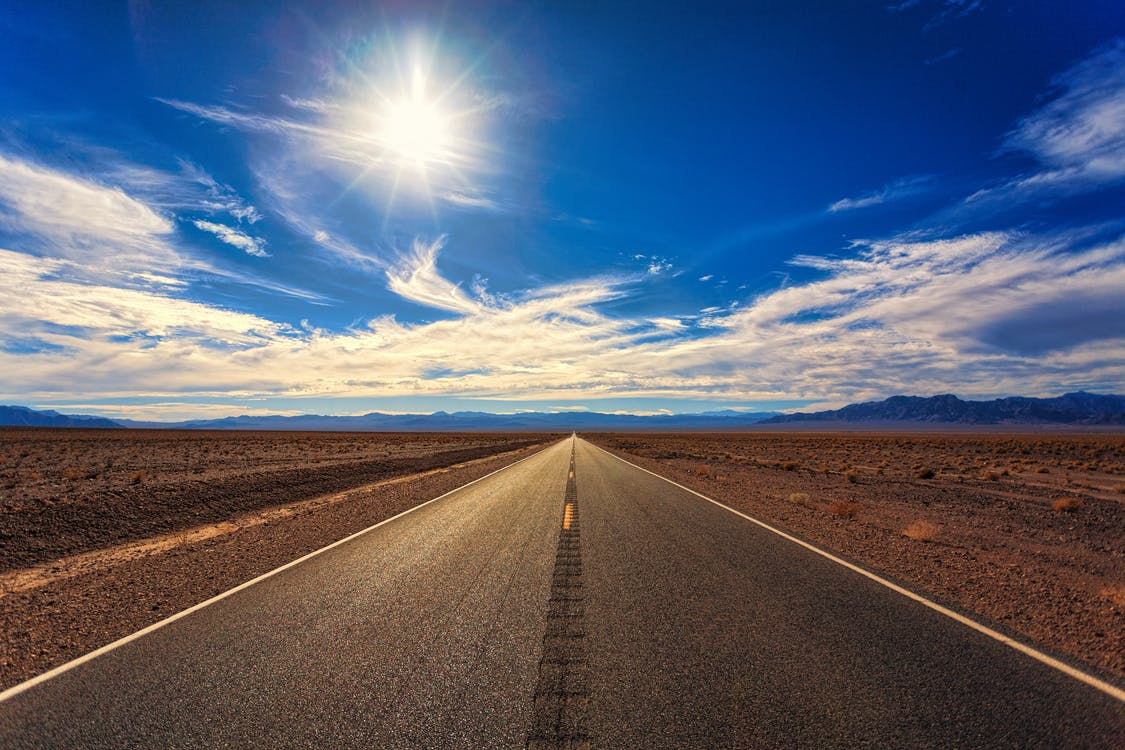 The salt flats are stunning no matter how you get there, but driving your car gives you the freedom to explore and stray off the usual path a little bit more. Salar de Uyuni’s barren beauty makes it easy to forget you’re even on Earth once you get away from the people. 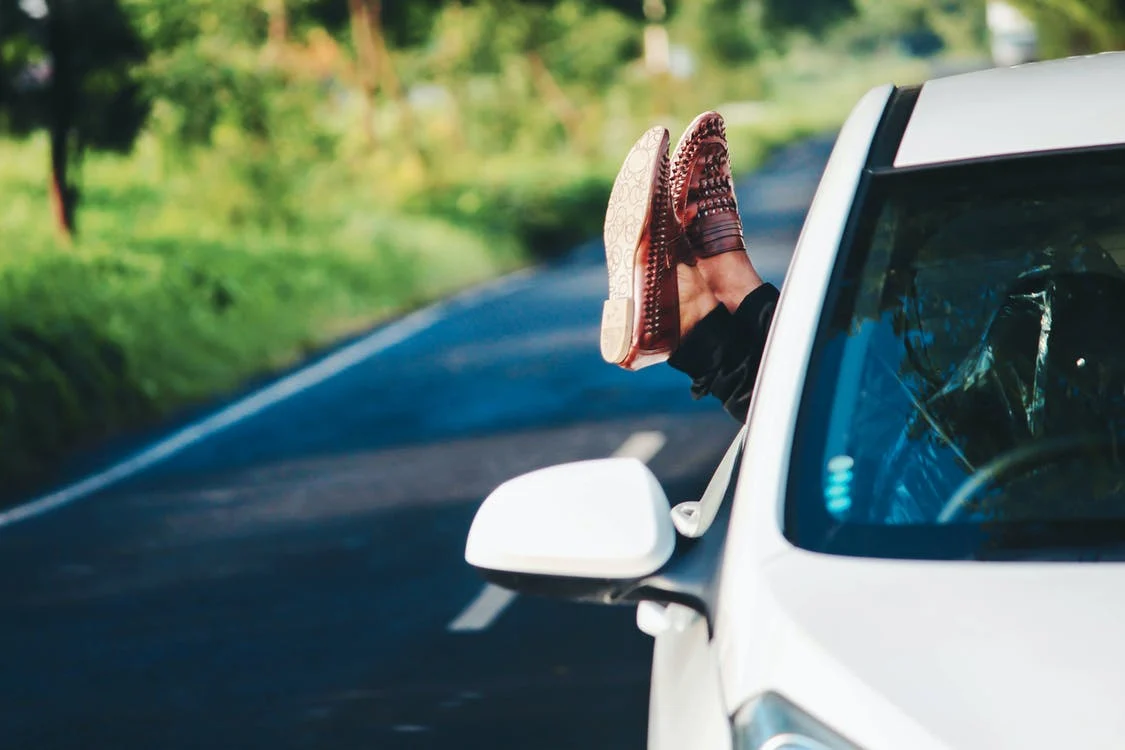 Taking a little detour will allow you to explore more lakes, which are likely less crowded and even more lovely. Get a chance to experience the beauty of the seven lakes – Lago Lácar, Lago Machónico, Lago Falkner, Lago Villarino, Lago Espejo, Lago Correntoso, Lago Nahuel Huapi.

Every bend in the route will reveal a new vista of crystal-clear lakes, dark grey mountains, and pale blue skies. Bring extra batteries for your camera because you’ll be clicking pictures nonstop!

Most of the ride along this coastal route offers stunning views of the ocean and a terrific look at Ecuadorian life. More than 100 miles of newly paved highway are part of the route, including the Ruta del Sol (Sun Route). 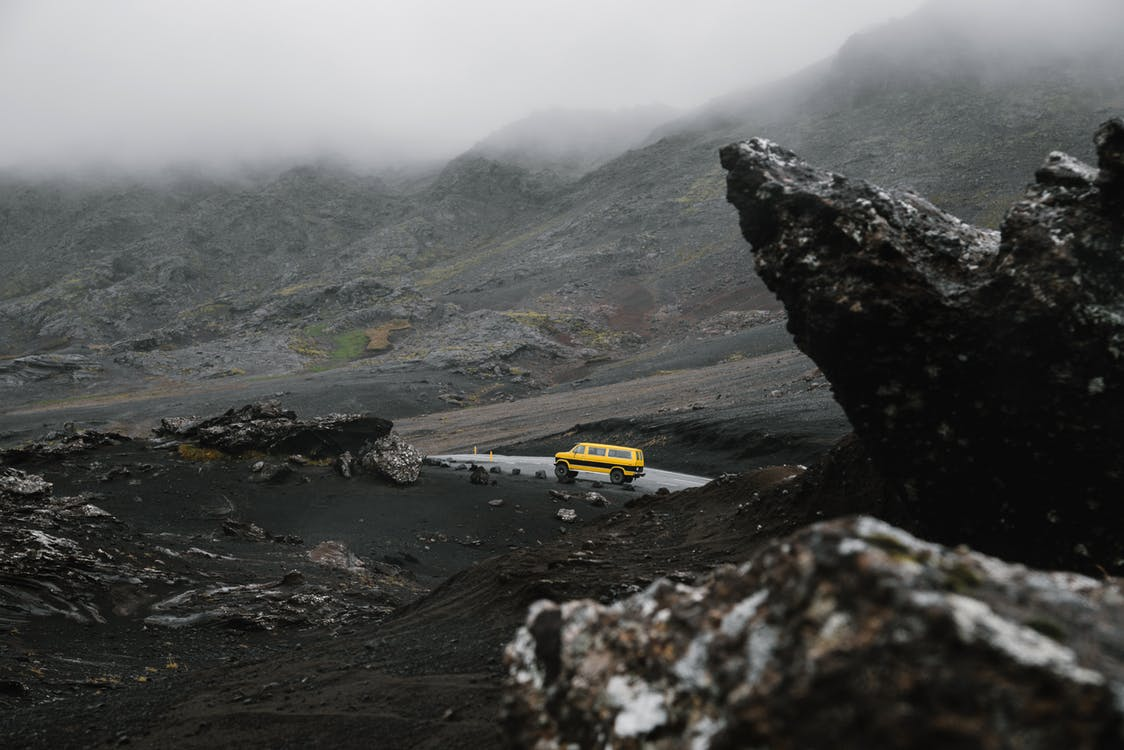 The laid-back beach villages of Montañita and Puerto Lopez are ideal for your trip, but if you’ve had enough of dreadlocks and parties, head to Ayampe for a more real experience. Following the route inland from the Parque Nacional Machalilla, you may get a close-up look at a tropical dry forest.

If there weren’t so many wonderful places to visit, you could quickly zip through the country on this route!

It wasn’t until 1970 that a road was built between North East Brazil and the state of Amazonas. Over 4,000 kilometers of road were carved through pristine jungle throughout that decade. As of right now, you can travel to the settlement of Lábrea on the west route. 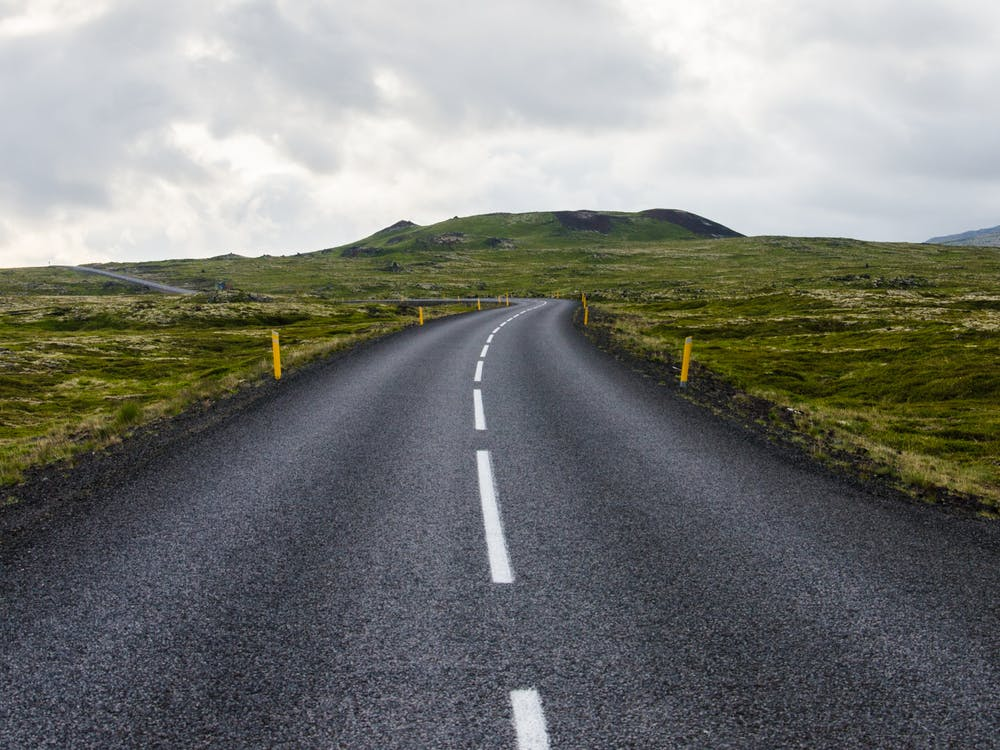 Along the journey, you’ll travel across shaky wooden bridges, take a ferry ride with river dolphins, and experience firsthand the devastation the Amazon has suffered due to deforestation.

During the rainy season, most of the journey is made up of thousands of kilometers of compacted mud. The road might turn into a marsh during bad weather, and the bridges can be washed away. If you choose to take on this task, you should avoid traveling during the worst rainy season (October to March).

Make sure to consider taking a road trip when you plan to visit South America. The continent has so much to offer with its beauty, and a road trip is a great option to explore various places. South America surely can give you amazing views along with an adventurous trip on the road. 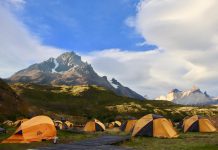 How to Plan the Ultimate Trip to Patagonia 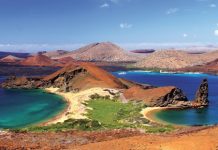 The Keys To Planning The Perfect Trip To Ecuador 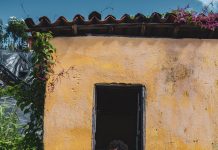 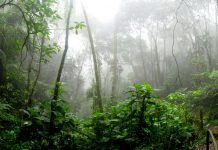 Culture Profile: Who Are The Indigenous People Of The Amazon 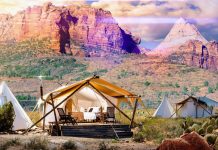 Father’s Day Adventure: The Best Destinations for You and Your Dad 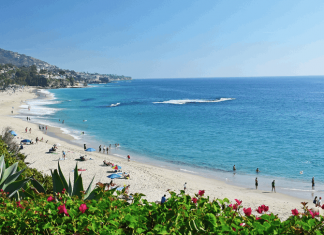