Every time someone asks me “how’s Medellin?” I spend far too long trying to justify how cool I think the city is and why I think they should visit. That’s probably because there’s something about Medellin that I cannot properly explain in words. There’s an ambience to it that hooked Dan and I in from the get go and made it oh so difficult to leave.

We finally forced ourselves to leave this morning but that’s definitely not to say we won’t be back in the near future. There are so many reasons why we love Medellin, Colombia and why we think it should be the next city on your travel list. So without further ado, allow me to tell you these reasons…

Pin this to your travel board >> 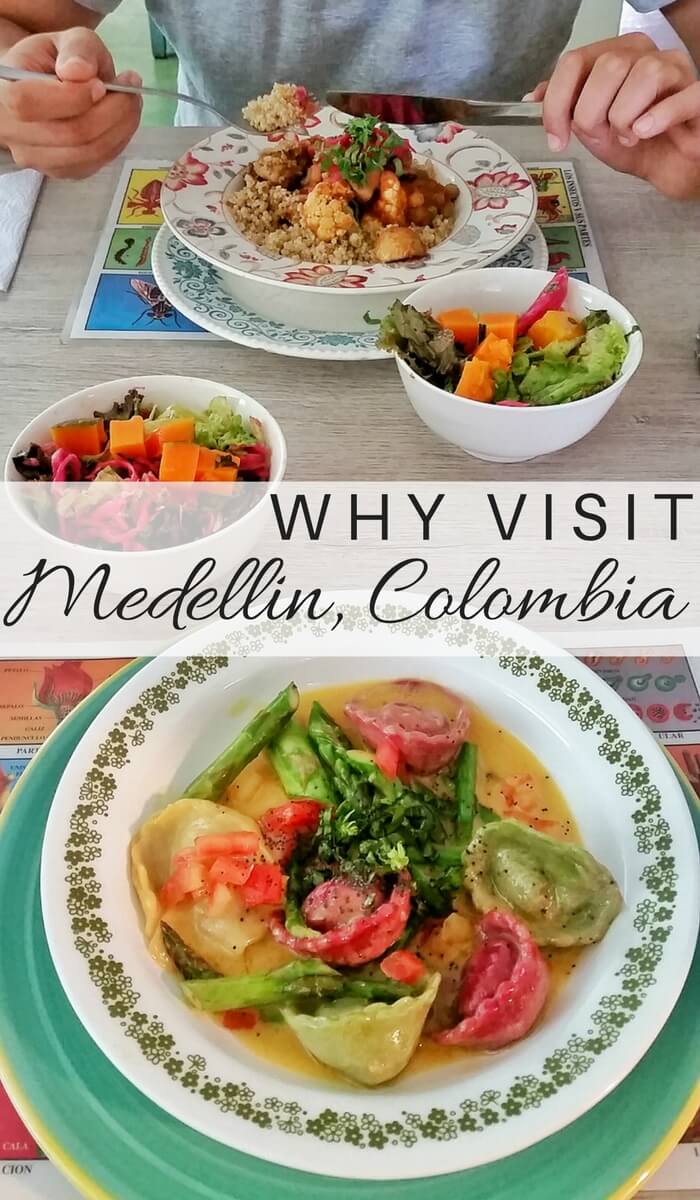 One of the biggest reasons why so many digital nomads (people who work online) love to visit Medellin, Colombia is to network with other people.

Cafés are the best places to start mingling.

We met a guy in a café in El Poblado a couple of weeks ago and worked with him pretty much every day after until we left. In fact, he wrote this post about being a digital nomad in Medellin.

There are also Facebook groups and organised meet-ups that you can participate in so there’s no excuse not to meet a few people!

We stayed in Medellin, Colombia for a total of 16 days. In that time there was one crazy football game (which the whole of Medellin went out for), 7 days of entertainment for the annual Flower Festival (including amazing music concerts) and a free Rudimental concert.

No wonder why everyone in this city is so cool. If I lived somewhere that put on free concerts and events all the time I’d be super happy too. 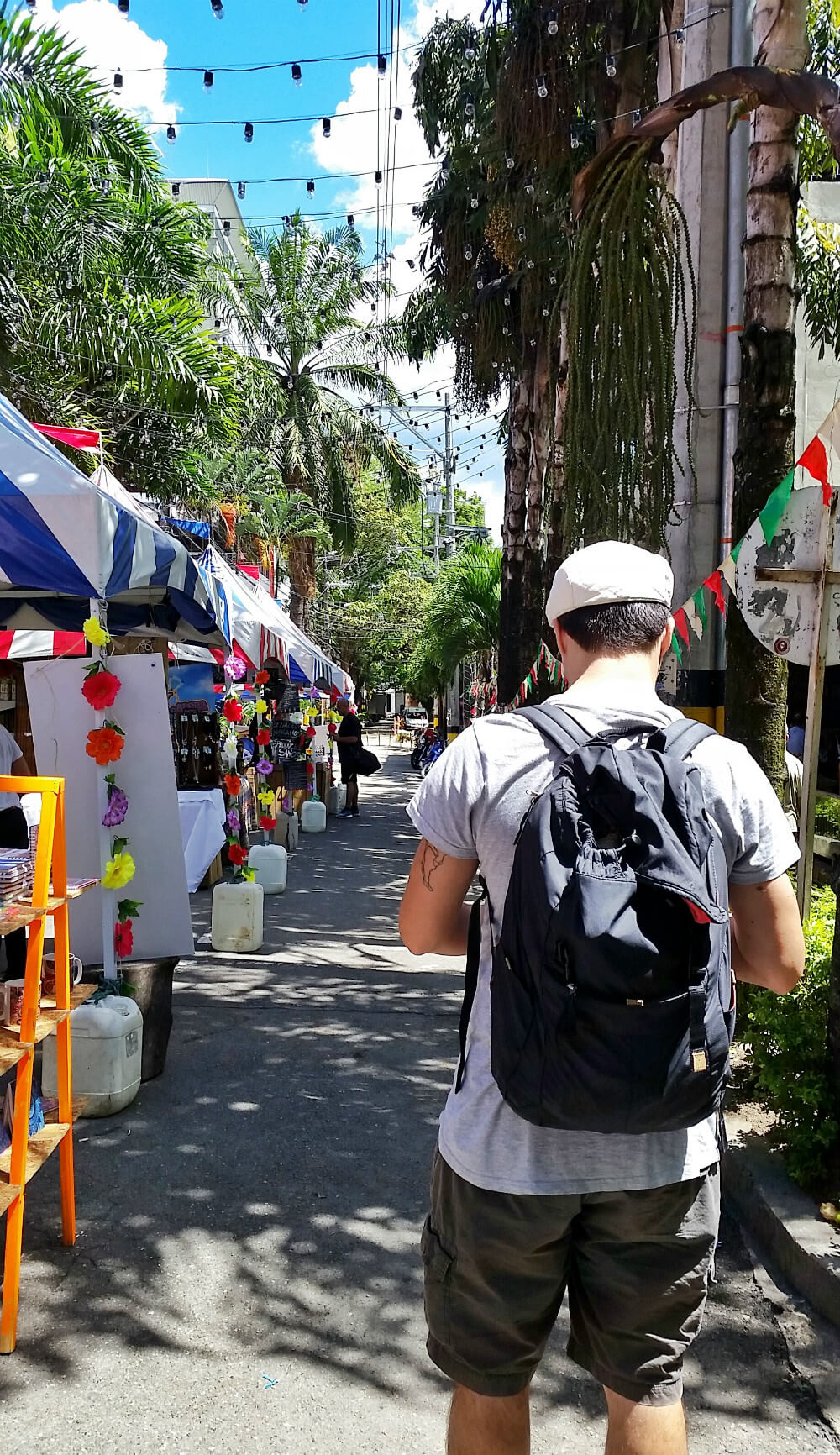 Situated in the tropics, the people of Medellin, Colombia enjoy year round temperatures in the mid 20’s (°C). Medellin is actually nicknamed the city of ‘Eternal Spring’ because of this.

Most days may start a little cloudy but usually brighten up just in time for a late breakfast on the balcony.

From about 9:30 am to 6:30pm the sun glistens down on Medellin, heating it up to just the right temperature. Evenings are also pleasant enough to not need a cardigan or sweater outside.

Prepare for a little rain and a few chilly mornings but that’s about it! 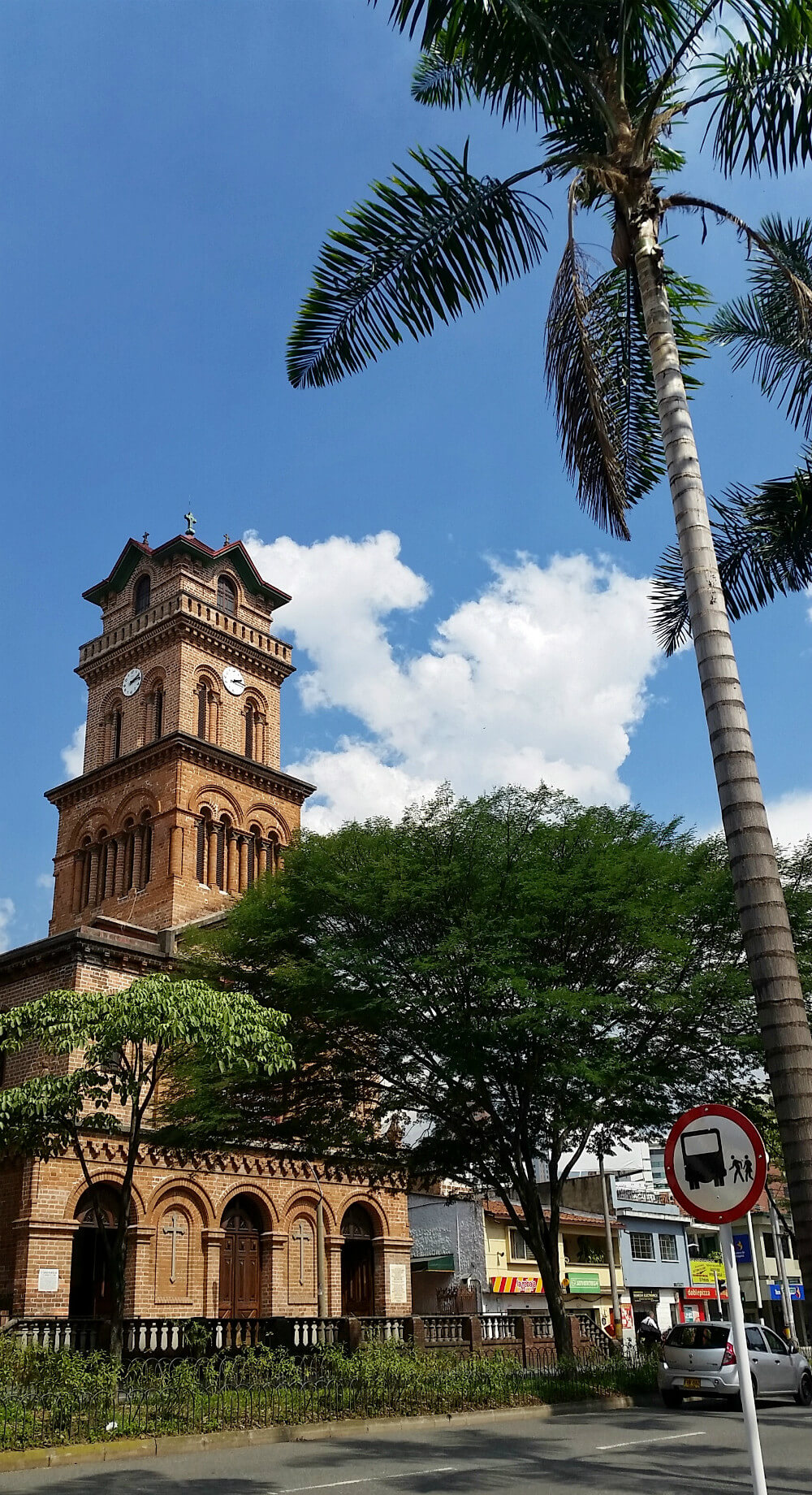 I’m in love with the Colombian food.

It’s normally pretty basic with your protein, rice, beans and salad but the salads are always fresh and delicious and I love the bean soup they often serve up with your lunch.

If you want to go fancier you can really find some great food with fresh flavours.

With the gringo influence in El Poblado you also have a huge array of restaurants to choose from as well as sandwich bars and vegetarian cafés.

To be honest, I’m not sure if we had a bad meal in Medellin. The only thing we don’t like are arepas, which often come with lunch dishes and barbecued meat. They literally taste like cardboard. 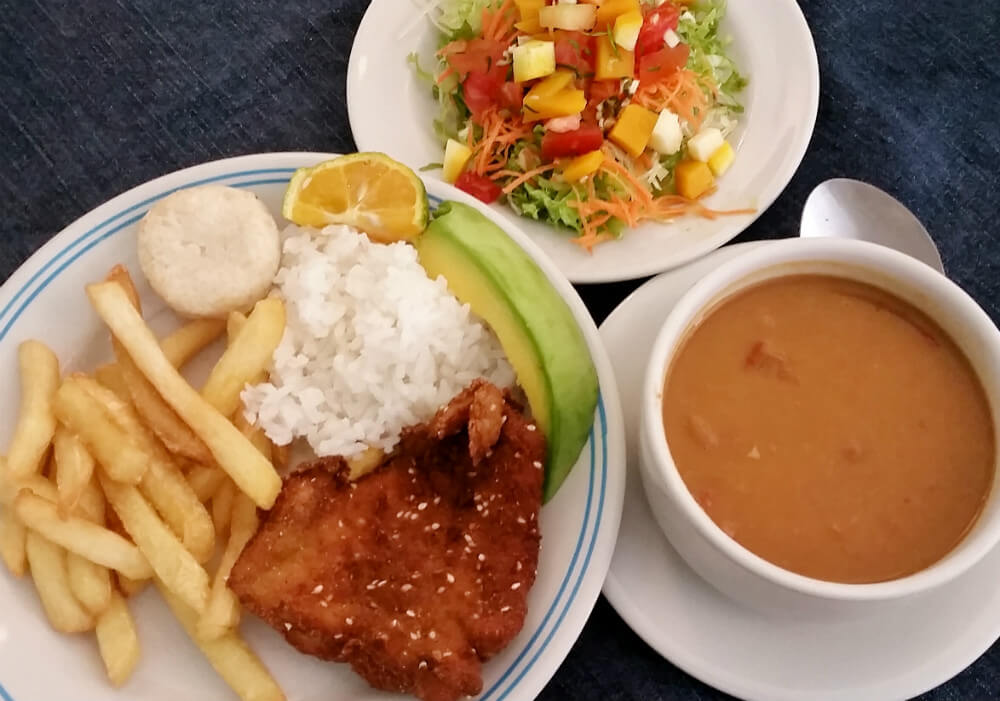 Medellin, Colombia is located in a valley, 1,500 metres above sea level in the Andes. This pretty much says it all.

Medellin is surrounded by oodles of natural beauty. From the mountains to the waterfalls to the forests of bamboo, you can be sure to find lot’s of green and and nature around the city.

If you take a 45 minute drive out of Medellín to San Felix, where they do the paragliding, you can see spectacular views over the valley whilst sipping on a cold beer.

Not only is the natural scenery beautiful, at night time, the whole city lights up, including the thousands of teeny tiny houses that spread far and wide up the hills. This is incredible to look at, especially if you are staying in a tall apartment with clear views over the city. 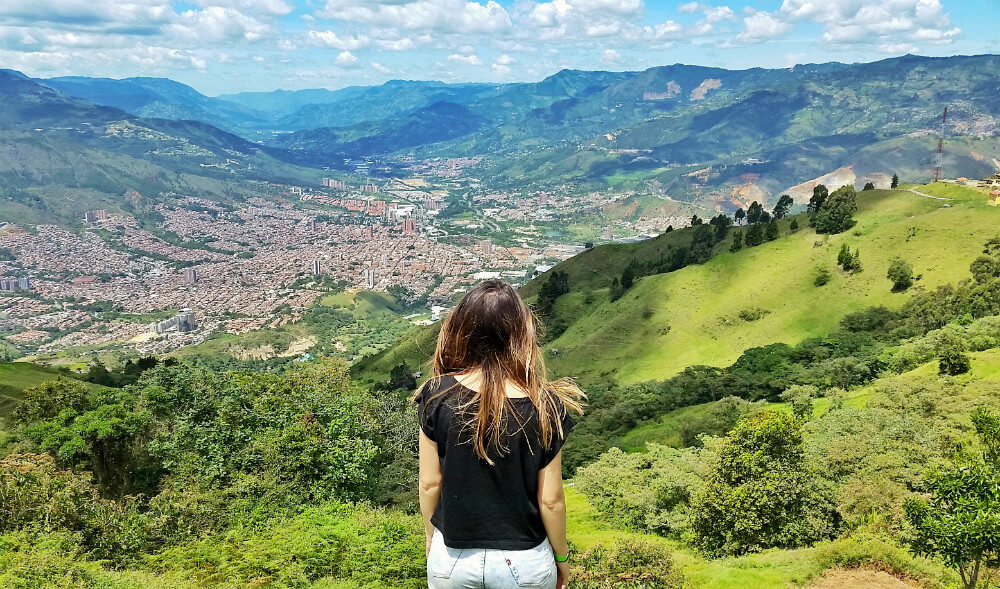 This may sound like a weird reason to visit Medellin, Colombia if you come from somewhere with clean air but I really did appreciate this when I arrived.

Before traveling to Medellin I had spent the last year living in São Paulo, Brazil with Dan. The city of São Paulo is home to over 18 million people. It’s pretty dirty, there are a lot of cars and it’s basically just a concrete jungle. It’s difficult to find a street with trees in São Paulo.

So when I arrived in Medellin I immediately turned to Dan and said, “can you smell that?” He said, “smell what?” I said, “fresh air!” We had a giggle but both agreed it was nice to be in a city and still be able to breath in clean air.

We were in El Poblado at the time which is covered in trees and has a fresh water stream running through it so I think this helped. Downtown is more polluted (naturally) but nowhere near as much as other cities I’ve been to.

With a population of under 4 million it’s easy to see why the city isn’t full of pollution. 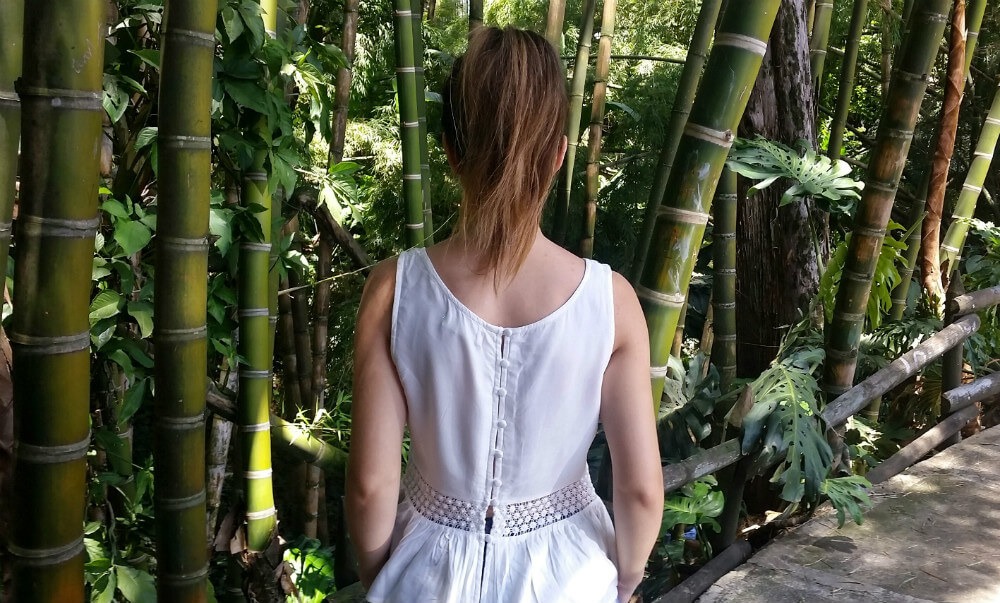 4. The Low Cost of Living

I’ve mentioned this a couple of times now but when considering a trip to Medellin, Colombia you cannot forget the fact that Medellin is cheap, especially for those of us who come from places like the US, UK, Australia, etc.

Certain areas of the city are more expensive that other parts, especially neighbourhoods like Poblado and Laureles where a lot of digital nomads and expats live. Poblado is also the ‘Zona Turistica’ so of course, prices are a little higher (but still pretty cheap).

To give you an idea, I saw a place selling coffee and iced tea for less than $1 in downtown Medellin the other day but in Poblado it might cost you $2.

Accommodation prices are higher in Poblado but this is where most of your options are so that’s what you get. Anyway, you can still get a bed in a funky hostel for $10 per night.

Food, well, food can be pretty cheap too, depending on where you go. If you go somewhere local for a traditional Colombian lunch you might pay $4.50. In a swanky restaurant, you might pay $12.

The people of Medellin, Colombia are some of the friendliest we’ve come across while traveling. In fact, the people of Colombia as a whole are amazing.

They’ll do anything to help you out and are always up for a chat, even if you can’t speak Spanish and they can’t speak English!

In total, we stayed with 3 different local people through Airbnb during our time in Medellin and all of them were lovely.

It’s a totally different place to what you hear about on the news or in the magazines.

Yes, of course, throughout Medellin there are thieves and bad people, just like in any other city throughout the world, but they are of the minority.

One of my favourite things about Medellin, Colombia, especially El Poblado, is the atmosphere.

Pretty much every day the cafés are buzzing with locals, expats and travelers getting stuff done online, networking, making new friends and drinking good coffee. The cafés are super cool and most of them serve delicious coffee and snacks to last you all day if need be ;-).

Then when evening rolls around, more people hit the streets, bars seem to pop up out of nowhere and latin music fills the air.

On weekends, El Poblado is one of the best neighbourhoods to go for nightlife. You have the choice of late night cafés, restaurants, bars and nightclubs.

One of our favourite bars has a huge rustic garden decorated with fairy lights and tree stumps to sit on. Very cool!

Aside from these things, the atmosphere in Medellin feels happy and lively which is what keeps so many of us sticking around for longer than we originally planned. 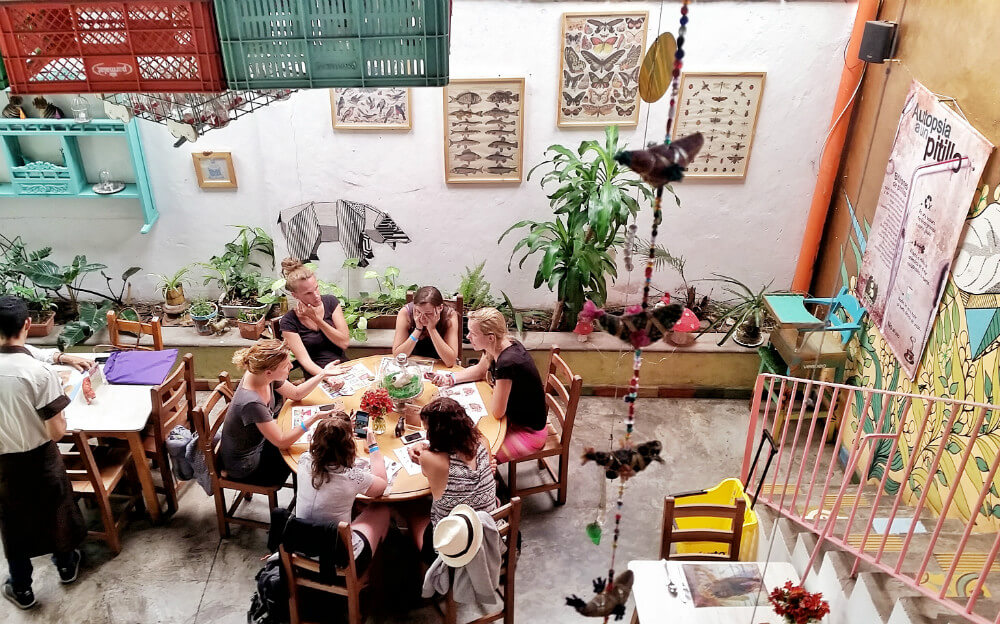 20 years ago, Medellin, Colombia was not in a good place. Drugs and violence caused the people to live in fear.

I’m not going to say much about that because to be honest, I don’t know a lot about this history of Medellin. When we’ve tried to ask the locals about what happened, they don’t really like to talk about it because their past is not something they’re proud of.

But now, Medellin is a totally different place.

Yes, drugs still probably have some sort of influence but it’s away from the public eye now and danger levels have significantly dropped in the last couple of decades.

You do still have the pickpockets and the odd guy trying to sell you weed but I guess that’s not much different from somewhere like Paris.

I felt totally safe 99.9% of the time in Medellin and if you stick to El Poblado (the posher area) I doubt that you could ever feel unsafe. Of course, you do still need to be aware of your surroundings and don’t walk alone at night, etc but when you get to Medellin you’ll know what I mean.

It’s nothing like what the media makes it out to be.

I was so surprised to see that parts of Medellin are as developed, if not more developed than certain areas around my hometown in Australia. The education is fantastic, the streets are well kept and the buildings are beautiful. You need to see it to believe it.

Over to you! Leave your answers in the comments section below…