Not only do millions of plant and animal species live in the Amazon rainforest, but people also call the rainforest their home. Indeed, tribal peoples have existed in rainforests for thousands of years. Early accounts by European explorers suggest a much denser population lived in the forest than what is present today.

Many of the original peoples, like the Caribs (after whom the Caribbean Sea is named), are gone. Others are now broken fragments of what they were once. However, in tropical rainforests around the world today, thousands of distinct ethnic groups with their own distinctive language and culture exist.

Although a few indigenous people live as we do, others live the same way their ancestors did thousands of years ago. Such groups organize their daily lives in a different way than the societies that we are familiar with. Their food, medicine, and clothing mainly come from the Amazon rainforest. Here is some of the most important information you need to know about them.

The Way They Eat And Gather Food

In addition to hunting, harvesting wild fruits and nuts, and fishing, indigenous people, also plant small gardens. They use a sustainable farming method called shifting crops. First, they clear and burn a tiny area of land. They then grow other plant forms to be used for food and medicinal items.

The soil becomes too nutrient-deficient after a few years and weeds begin to take over. Then, they move to an unused area nearby. Traditionally, this land is allowed to regrow for 10-50 years before it is farmed again.

Their Love For Nature And Forests

Indigenous people in the Amazon, or in general, respect the forest that has sheltered them from outsiders. They have a great appreciation for the land because it gives them everything they need.

They live what is called a sustainable lifestyle. This means that they use the land without harming the plants and animals, which also call the rainforest home. Many studies claim that they believe that the earth is their historian, educator, food, medicine, clothing, and defense provider.

How They Came To The Amazon

Anthropological and genetic evidence seems to suggest that most Amerindians descended in at least three different waves. They came as refugees from North Asia (Siberia), who reached the Americas across the Bering Strait.

Especially in Brazil, most native tribes who lived in the country by 1500 are thought to have descended from the first Siberian wave of migrants. Several studies claim that they crossed the Bering Land Bridge at the end of the last Ice Age. This is between 13,000 and 17,000 years before present time. After initial entry, a migrant wave would have taken some time to hit present-day Brazil, potentially entering from the Northwest into the Amazon River basin.

In comparison to those in Mesoamerica and the western Andes, Brazilian indigenous people do not have records or erect stone monuments. The tropical climate and acidic soil kill almost all signs of their material culture, including wood and bones. 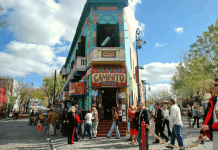 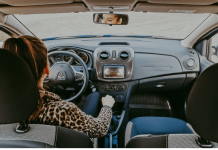