There are vacations, and then there are life-changing journeys.

Certain places have a specific magic that can change your outlook on the world.

These transcendent areas offer unique experiences that make your trip worthwhile and bring home more than souvenirs and photos.

Here is a list of 9 once in a lifetime places that will challenge your perspective and stretch your imagination!

9 Amazing Places To Visit At Least Once In A Lifetime 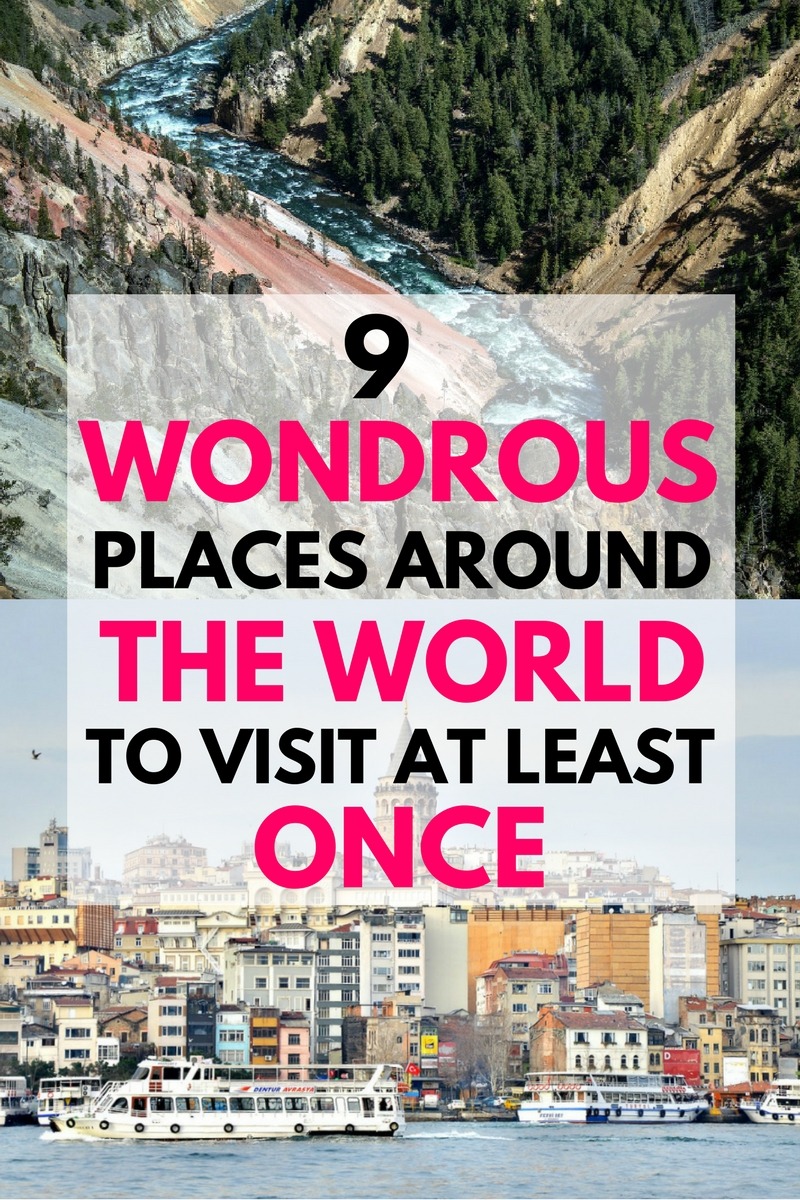 At this point the “City of Lights” is almost a caricature of itself.

From the gorgeous, monumental gothic constructions to the tiny bookshops, there is nothing better than a summer stroll down the Seine.

The city is built on romance and the mystique seeps from the concrete in an irresistible fashion.

The casual cafe culture and air of intelligent charisma wind down the grand boulevards and secluded side streets.

Art, architecture, and style are all neatly wrapped in a beautiful package.

Even the skeptical will feel the city’s irresistible charm winning them over. 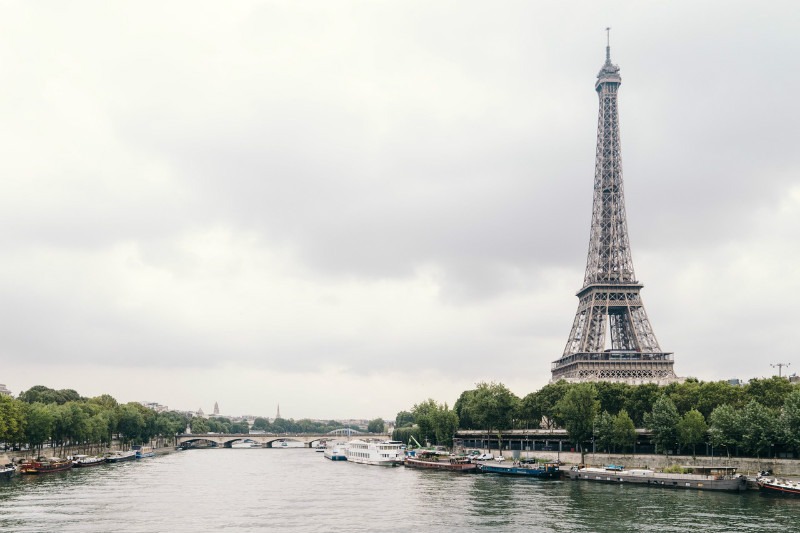 Istanbul is a sprawling city spread across 3 peninsulas and 2 continents.

The swirling flocks of seagulls that surround the strait illustrate how the city came to be.

Istanbul has always been a cultural meeting point, where visitors from far away can take a little bit of culture with them, and leave some influence behind.

Once the capital of the Byzantine Empire, Istanbul (then Constantinople) is steeping in ancient history and covered in decadent art and design.

Look no further that the iconic Hagia Sofia to see how the city has adapted over time.

A walk around the intimidating Grand Bazaar will give you a glimpse into the city’s roots as a bridge between east and west.

In a way, it definitely still is. 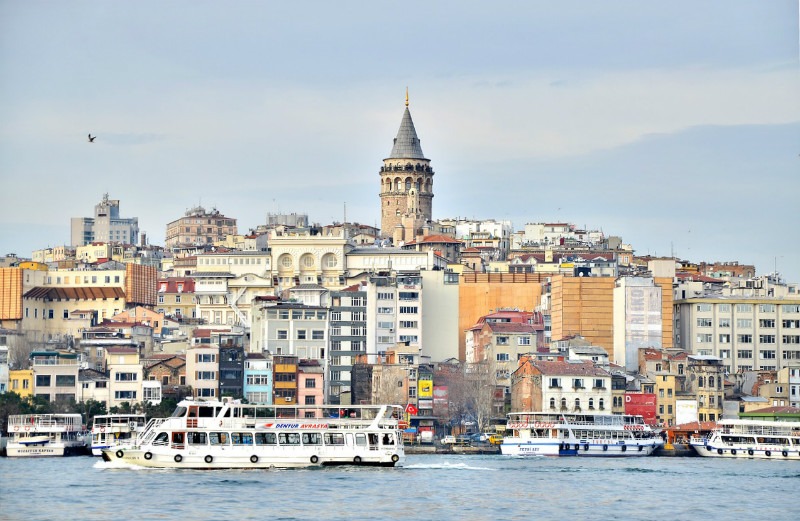 Arriving in Marrakech is an anachronistic mish-mash.

A trip through the city’s many markets can be a stressful affair as merchants constantly posture for your business.

Haggling is the norm, fixed prices are rare and there are as many deals as there are scams.

Chances are, you’ll never be somewhere quite like this again, unless you choose to return. 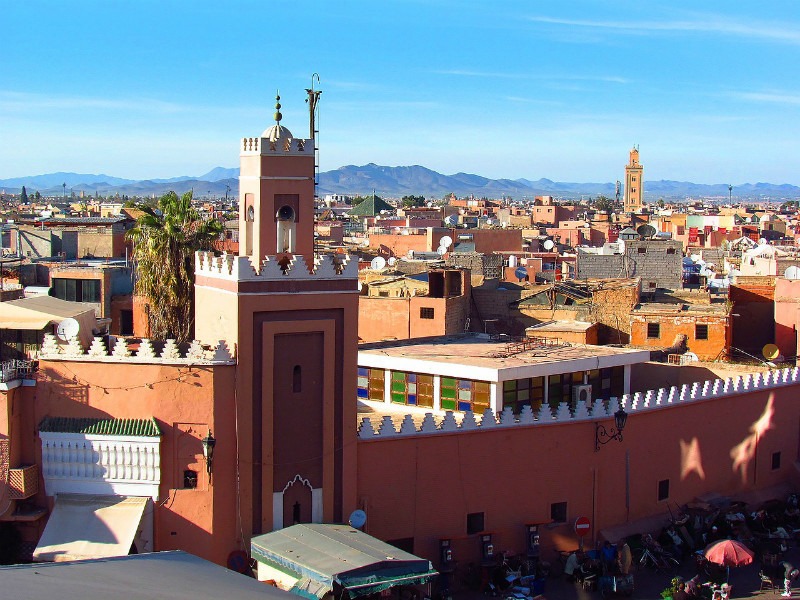 If Marrakech is a sort of idealised past, New York is a science-fiction future.

The ultimate concrete jungle, New York City will make you realise just how small you are in the face of human ingenuity.

Massive skyscrapers engulf you on the minuscule island, where the only escape is the sublime Central Park.

Nearby, the Metropolitan Museum of Art and the Solomon Guggenheim Museum house some of the world’s best known works.

From the bright lights of Broadway, to the hipster modernity of Brooklyn, New York City sucks you into a world of cooperation and progress. 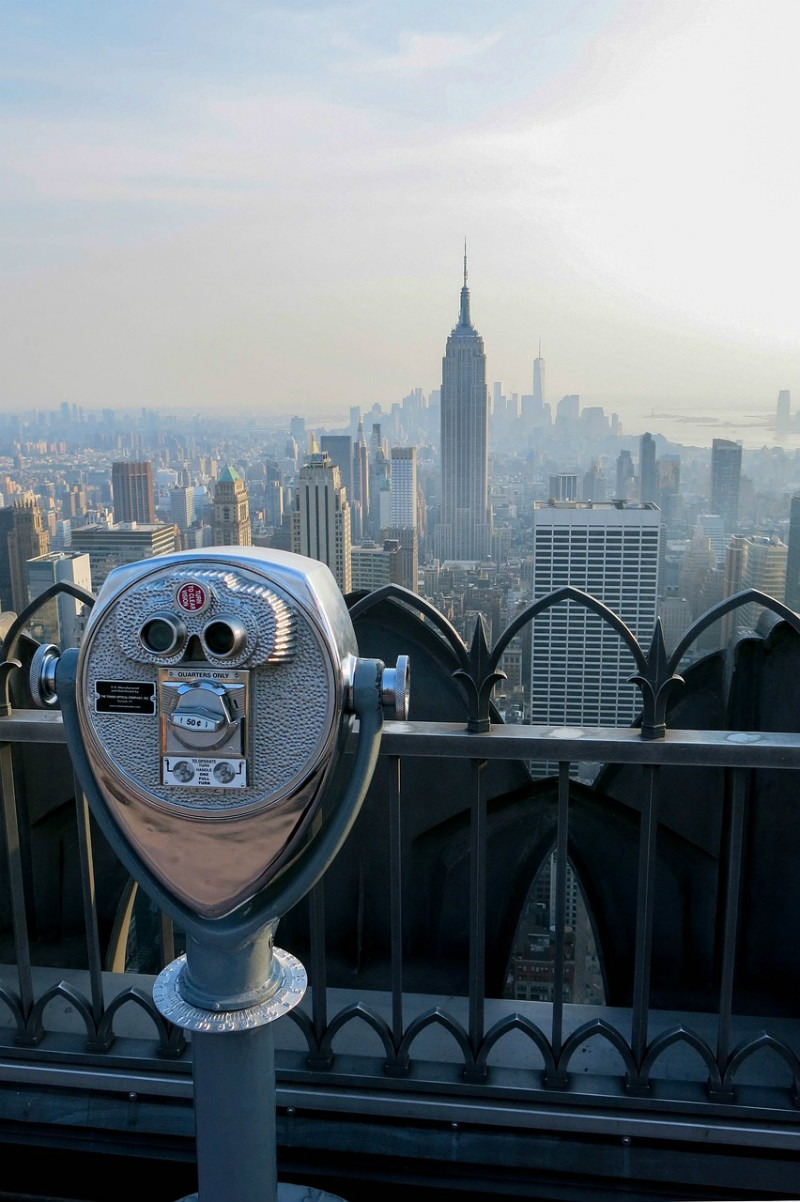 Mummies and curses may or may not be real, but the genius of this culture continues to impress in Cairo.

The Pyramids of Giza defy comprehension, and the city’s vast collection of artefacts is unmatched.

However, Cairo is not simply stuck in the long since passed.

Cairo is a functionally bustling city with touches of the charm that have made it one of the biggest empires in Africa.

The beautiful sand brick construction, and constantly humming bazaars are still centres of commerce, and rather uniquely, not just for tourists.

The political system is less than stable, but you will find the people remarkably friendly, and the lifestyle poignantly different.

Cairo is a must see for history buffs. 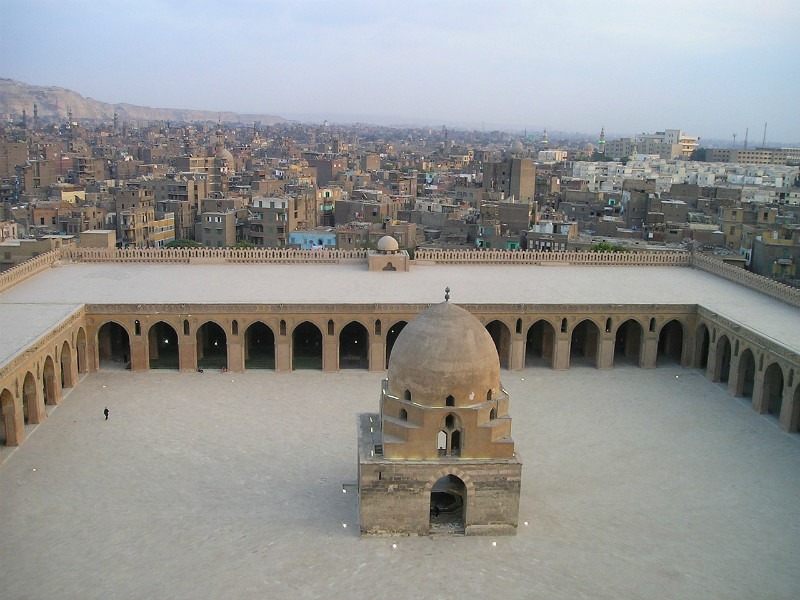 The capital of its namesake ancient empire, Rome was once the centre of the Mediterranean world.

What remains is a stunning mix of past and present, where ruins dovetail into innovative eateries and luxury hotels.

The Coliseum is the main attraction, but you might find yourself more attracted to the under-appreciated and overlooked history that is nearly ubiquitous.

Rome is a world icon of food, fashion, and film, for good reason.

Built on a multicultural foundation and history of immigration, the city pulses with an incomparable energy.

It’s place where barbecue, football, and music are king.

A modern city with all the comforts coupled with an old indigenous soul, Buenos Aires is a melting pot that may change your misguided preconceptions about the entire continent. 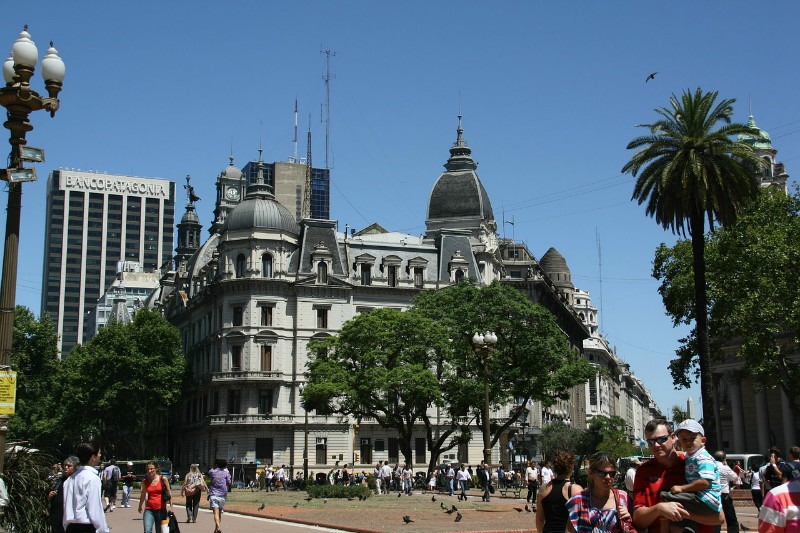 Forced into a momentous rebuild by the atrocities of the Second World War, Tokyo has re-emerged as a centre of forward thinking and progress.

One of the world’s densest cities, it will force you to reconsider your definition of efficiency and ample space.

While most of the old city was destroyed, there are pockets of proud tradition still available for the intrepid tourist…

Not to mention the most authentic versions of worldwide food favourites, sushi and ramen.

In Tokyo, you’ll find a deep appreciation of respect, and also an inherent ability to make things work. 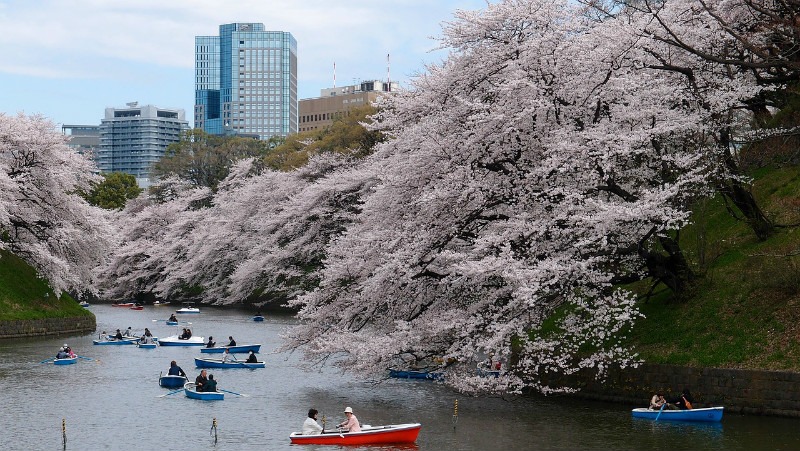 Cities aren’t the only places to feel small.

In Yellowstone National Park (Wyoming, USA), you’ll be treated to one of the most wide-open natural expanses left on earth.

There’s no substitute for feeling the power of nature, and Yellowstone’s vibrant underground life will do just that.

Situated on a massive subterranean super volcano, every inch of the park bubbles with activity.

From majestic herds of wild American Buffalo to the clockwork precision of the aptly named geyser, Old Faithful, Yellowstone shows you this planet’s power. 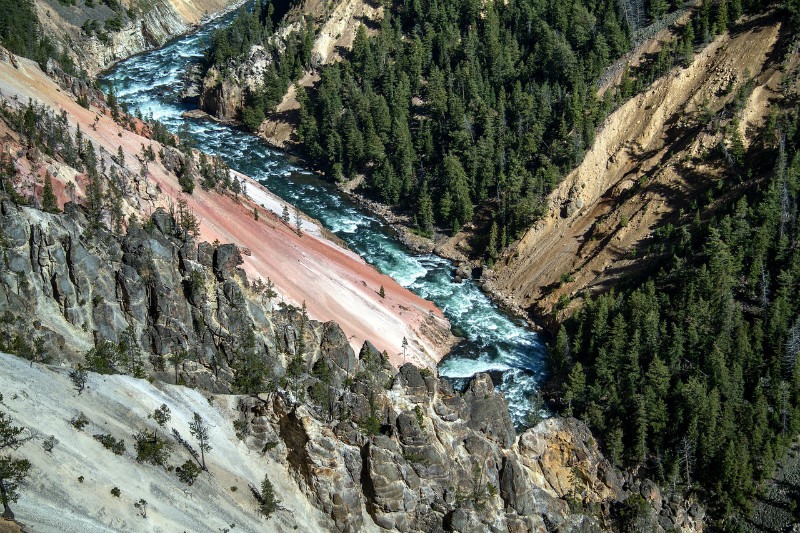 Are any of these 9 amazing places to visit around the world on your bucket list? Where do you want to go and why?