Already packing your suitcase and browsing for last minute info on traveling to Thailand?

Regardless, it’s great that you’ve run into this article.

Thailand is a very specific country that encompasses a distinct set of rules for its residents.

This isn’t necessarily a virtue nor a flaw, as it can go both ways…

It’s all up to what you’re used to and what you can make sense of.

So, what are these so-called social rules and important facts we’re on about?

Read on further if you’re curious…

Traveling To Thailand: What To Know

Traveling to Thailand? Pin this image on Pinterest for quick reference >> 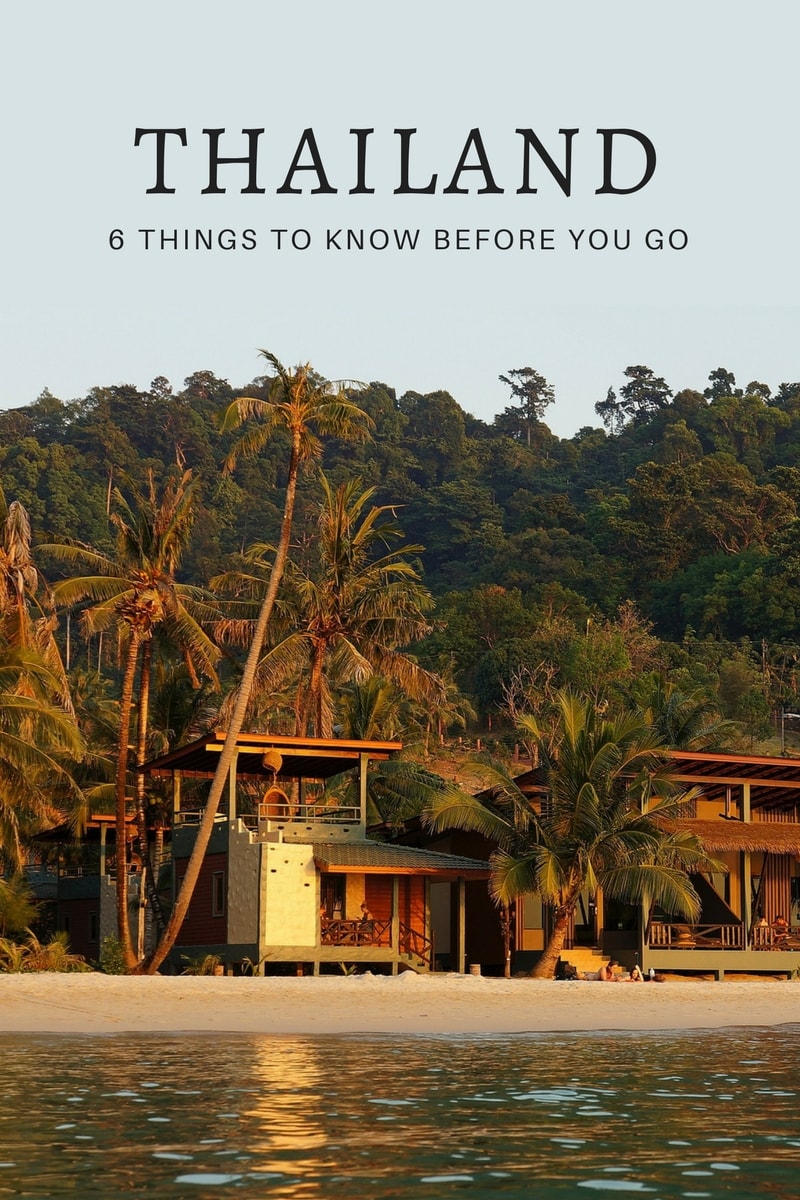 1. Pay Respect to The King

Due to the death of the greatly loved and highly respected monarch, Bhumibol, the populace is still mildly shaken and doesn’t appreciate strangers mentioning his name.

The entire nation wore black at one point, and they are still in the one-year mourning period.

This means that any bright colours may disrupt your everyday schedule with weird looks and faces of disapproval.

The locals are aware that strangers don’t necessarily need to respect their traditions like they do, but it’s something to think about when browsing the city.

2. Humility is The Most Important Virtue

No matter where you come from and regardless of what your qualifications are, you should never brag about anything.

Being pleasant in the company of locals is impossible without a humble demeanour.

You’ll notice that most Thai’s aim to keep a low profile and a constant smile on their face, with an unimposing behaviour.

Take after them, copy their style and you’ll blend in easier than most. 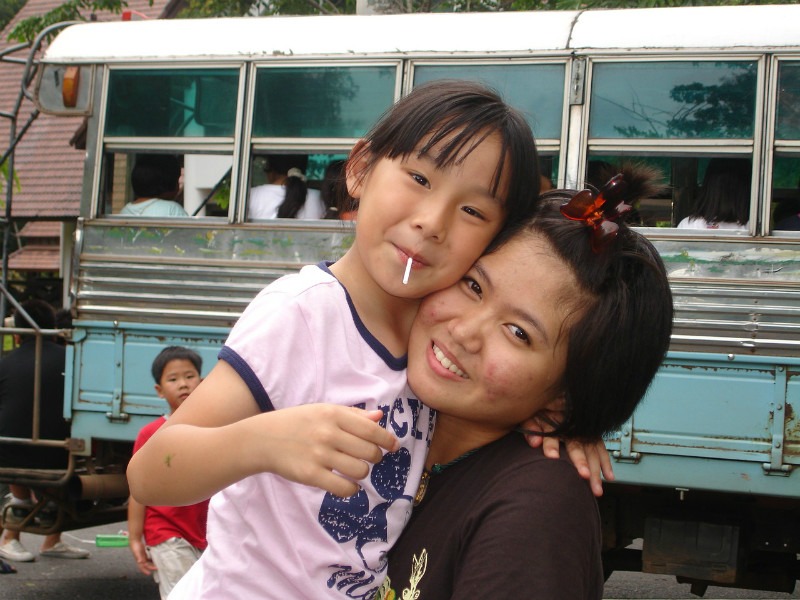 The head is considered the holiest part of anyone’s body.

Touching someone anywhere on the skull for whatever reason can be seen as extremely offensive.

Similar to Muslims, the Thai people believe that the head is where they keep their constant connection to Buddha.

4. Point Your Feet Away from People

Right, you’ve probably never heard of this one before…

The rule of not pointing one’s feet at others is important in Thailand.

The locals won’t scold you for disobeying it, but try your best to keep it in mind.

The same goes for any religious objects, such as a Buddha statue.

They will either point their feet to the sides or at each other, but always away from the object of admiration. 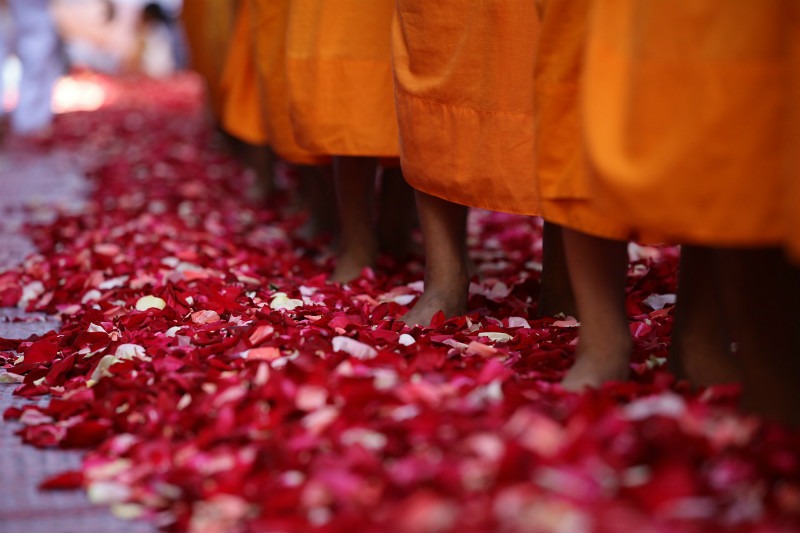 5. Nobody Waits in a Row

The locals of Thailand don’t usually wait in a row, for they find it too time-consuming, to begin with.

Instead, they like to form crowds and simply pass through when they’re able to, which is a custom that somewhat disregards personal space.

Don’t be offended if someone pushes past you, it’s completely normal.

6. Always Bring a Jacket Along When Sightseeing

You never know when you may run into a temple that looks like something out of a dream.

If you decide to visit, you’ll need to have your shoulders covered before you enter.

Otherwise, you may be issued a warning or asked to leave by the staff or locals, so simply don’t risk it.

Females also need to cover their legs completely, so they should carry around a pair of long, loose pants as well. 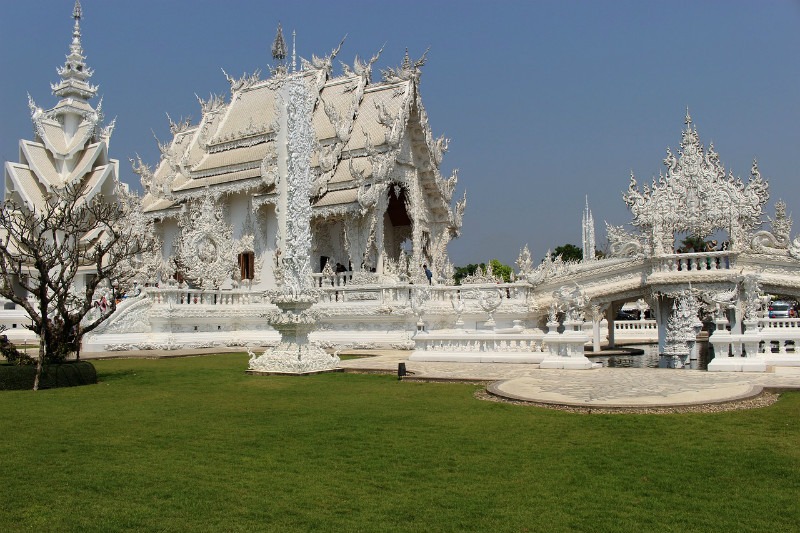 A Small Sacrifice for a Fulfilled Life

If you feel like all of these rules are quite simple and manageable, Thailand’s the place for you.

You don’t have to agree with any of these rules as long as you respect them in front of others.

Yes, they are all brought about from ancient culture, but that’s what adds so much more authenticity to the country itself.

Of course, there are a few more things we didn’t mention about traveling to Thailand, but they’re almost trivial, and you’ll pick them up as you go about.

The Thai locals are very friendly and will be glad to introduce you to their customs and lifestyle.

Enjoy your time in the land of smiles!