Recycling is one of the best ways to make a positive impact on the world in which we live. We have to act quickly because the amount of waste we produce is continuously increasing. Waste that flows into the garage sites releases harmful greenhouse gases. This trash disintegrates and adds to global warming.

Today, the increasing global crisis needs our attention. It can be challenging to know that many countries simply export their recyclable waste abroad. The waste is never adequately dealt with in these cases.

Germany has had the world’s most significant rate of recycling since 2016. As such, the country recycled 56.1% of all waste it produced last year. A packaging review was carried out in Germany in 1990 to combat the possible growth of landfill issues. To help avoid this, politicians have made companies liable for their packaging waste.

The country has six tins for garbage. There is black for general wastes, blue for paper, plastic is yellow, white is for clear glass, colored glass goes in green, and compost goes in the brown tin. In other words, people must do their own sorting, which reduces the amount of money the government needs to spend on sorting and reducing pollution. The German law makes companies liable, working according to “polluter pays” rules, for making their packaging reusable or recycled.

Sweden has a long-standing recycling system for bottles that was introduced in 1984. Swedes get compensation for recycling their empty bottles. With the program called ‘PANT‘, they can then use that compensation towards funding their next purchase.

Sweden has now banned the sale of any container or package not protected by the scheme. Returpack, the scheme owner, had stored 2.05 billion cans and bottles last year. The recycling rate for bottles and cans in Sweden is 84.8%.

The recycling rate was 53.7% in South Korea in 2018. This will change soon, though, after China changed its own climate policy in the region. As the biggest purchaser of Korean content, this was an issue in April 2018.

The economic superpower, China, banned the import of plastic waste. South Korean companies no longer make as much money from the recycling system, which contributes to laying off of jobs and the plastic waste being piled up on their streets. So unless something changes, South Korea will not make it on this list in the ner future.

Taiwan offers people a unique way to recycle–their trash; collectors blast classical music to make them remember that they need to bring out their bins. Today, it has an excellent recycling rate of 58%. Other measures that have also helped achieve this include composting raw food waste into fertilizers and fines for not properly disposing of waste.

High levels of recycling in the Netherlands are due to several key initiatives. Throughout Amsterdam, the waste program recognizes people who use plastic tokens for reuse and can be paid in discounts at local shops and businesses. Furthermore, they take advantage of all of the new recycling technologies today. 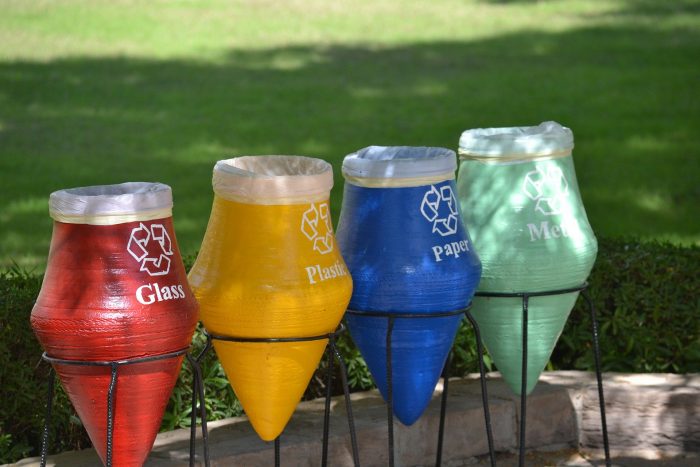