Finland is a country bordering Sweden, Norway, and Russia in Northern Europe. The capital, Helsinki, is in the Baltic Sea on a peninsula that features surrounding islands. Helsinki is home to the Suomenlinna sea fortress, the fashionable Design District, and various museums from the 18th century. Further, from the Arctic Lapland region, a vast wilderness in the form of national parks and ski resorts, the Northern Lights can be seen.

Finland remains a relatively unknown corner of Europe. This is because it is so far from the mainstream tourist routes. However, from the lively art-filled cities of Helsinki and Turku to the depths of the boreal forests and the scarcely populated outer archipelago, there is much to discover.

The many cultural and historical attractions of the country add to the unspoiled natural environment to make it an ideal destination. Its lakes, rivers, and vast wilderness areas make it a Nordic playground for both winter and summer activities. Though you would enjoy any place you decided to visit it Findland, we are here to help you narrow it down. As such, here are some places you should visit when you go to Finland.

A 15-minute ferry ride from Helsinki’s Market Square is one of the most massive sea fortresses in the world. This is the 18th-century fortress on Suomenlinna. Once here, with its sights and activities, you could quickly fill a day.

The impressive fortification is now a UNESCO World Heritage Site. It was built by the Swedes in 1847 to scare off the Russians. However, it didn’t work as both the fort and Finland were later captured. Start by exploring the lively history with the visitor center’s audio-visual experience, then explore its ramparts, tunnels, and museums. You can also walk the trails around the beautiful island.

Rovaniemi And The Arctic

The Arctic Circle passes across northern Finland, right across the city of Rovaniemi, which claims to be the Arctic Gateway. From this city, you can experience the popular midnight sun in the summer.

The sun only remains above the horizon during the summer solstice in Rovaniemi at the end of June for a full 24 hours. It never drops far enough from late May to early August to make it dark. Throughout these “white nights,” local people enjoy their great outdoors and welcome tourists to join them as well.

Three of Helsinki’s top places to visit are churches, two of which are cathedrals, and the third is a landmark of modern architecture.

Uspensky Orthodox Cathedral rises dramatically above the harbor’s east side, ending in gold cupolas with its 13 green-top spires. This is the largest orthodox church in Western Europe, complete with a sparkling interior that features gold, icons, crosses, altars, and intricately decorated arches. The cathedral represents the sizeable Russian population of Helsinki and welcomes tourists.

Turku is the oldest city in the country. It is on the Gulf of Bothnia, at the Aurajoki River mouth. Turku is located in the field where the Swedish Vikings’ descendants landed in the 12th century and set out to conquer what is now Finland. This city is a great place to explore the beginnings of Finland.

The second oldest city in the country, Porvoo, is 48 km east of Helsinki. It rises to its medieval hilltop cathedral from a picturesque riverfront lined with small red wooden buildings, through a charming tangle of old streets and ochre-colored wooden houses. 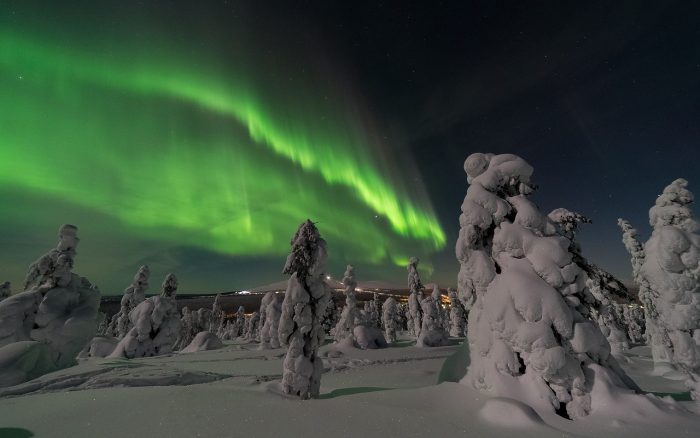 If you want to visit more countries this 2020, put Finland on your bucket list. If you are not sure where to go first, keep these places in mind! For more travel tips this year, click here.