Starbucks Corporation is an American coffee chain corporation. It was founded in 1971 in Seattle, Washington. The organization has been running more than 30,000 sites worldwide since the beginning of 2019.

Third-wave coffee makers have been targeting quality-minded coffee drinkers with hand-made coffee based on lighter roasts since the 2000s. At the same time, Starbucks is now using automated espresso machines for efficiency and safety reasons.

Despite the emergence of several coffee companies, why is Starbucks still so popular? What makes it special? Here are some reasons this company remains the leading coffee corporation in the world.

It Is A Place For Everyone

Many would believe that Starbucks is serving a high-quality drink that allows them to fuel their day. Yet, coffee isn’t the only menu option. Today, these shops carry a small range of food items and plenty of coffee-free drinks. This, in turn, makes them more appealing to kids and snack-seekers. Overall, there really is something for everyone.

The Company Is Nearly Everywhere

In 1996, Starbucks opened its first location outside North America in Tokyo, Japan. On December 4, 1997, the Philippines became the third market to host the company outside of North America. In 1998, the company entered to UK market by acquiring the UK-based Seattle Coffee Company. They then spent $83 million to rebrand all the stores to become Starbucks. Additionally, the first store in Australia opened in Sydney in July of 2000.

In 1999, the company experimented with eateries in the San Francisco Bay area. The company changed the restaurants to Starbucks Cafes after people learned that these restaurants were operated by the coffee chain.

More than 10% of in-store purchases were made on consumer mobile devices using the Starbucks app in July of 2013. When it released the “Tweet-a-Coffee” campaign in October 2013, the company once again used the mobile platform.

The company acquired The Coffee Connection in 1994, buying the right to use, produce, market, and sell the “frappuccino” drink. The drink launched in 1995 under the name of the prominent coffee chain.

The company launched the Verismo in 2012. It is a line of coffee makers brewing espresso and daily chocolate from coffee pods, a form of single-use ground coffee containers.

The coffee company entered the tea market in 1999 when it purchased the Tazo tea company. Starbucks also paid $620 million to buy Teavana at the end of 2012. Starbucks started rolling Teavana teas at Starbucks stores in January 2015, both in beverage-to-go and retail formats. However, the company has since made the decision to close all Teavana stores. 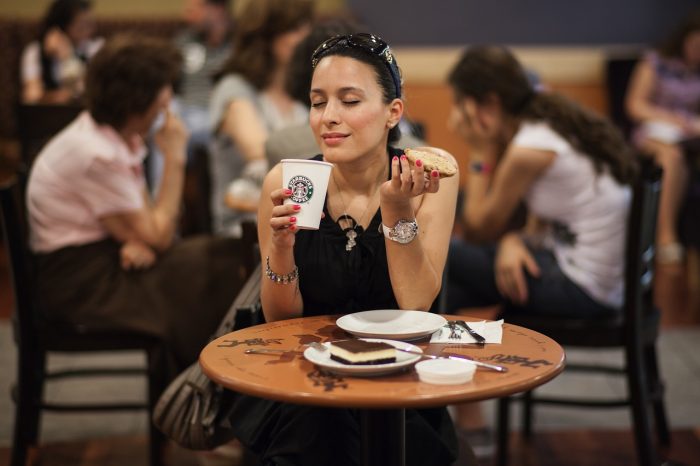 Hopefully, this article helped shine some light on the reasons for the continuous and steady support for this famous coffee chain. For more information about coffee, click here.