Historians can not assign an exact date to origami’s origins. But it most likely started shortly after the Chinese invented the paper almost 2,000 years ago. Buddhist monks introduced paper to Japan about 500 years later. Historians believe that the art of origami is most likely as old as paper itself.

Are you curious to learn more about the art of origami? Here are some of the most important information you need to know. Continue reading to discover more about this delicate and precise craft.

Who Made The First Versions

Religious leaders and monks were the first to create the first styles of origami. Finally, the Japanese rich and elite began also to make origami. Why was the art of origami only within this tiny part of the population? Well, early paper forms were very costly, so the average Japanese person couldn’t afford to purchase any. Wealthy Japanese also had more time than their lower-class counterparts to devote themselves to art-making.

The earliest origami records indicate that its main use was for religious or ritual purposes. Eventually, origami was used for decorative and artistic purposes as people became more interested in it. It was also used as a tool to teach basic mathematical and geometrical concepts.

Who Is Akira Yoshizawa

It is with Akira that origami was forever changed and taken to new heights, not only as a novelty but as a creative art. Akira spent his early years in poverty. But things for him and his origami improved around the age of 40.

He modeled a series of origami zodiac models for Asahi Graph, a picture magazine that was released in 1951. It was this publication that transformed him into a phenomenon that led to more publications and works going on overnight. He published his first of several origami folding books entitled Atarashi Origami Geijutsu (New Origami Art) in 1954.

He was also the developer of the folding notation of paper called the Yoshizawa-Randlett method, which is still in use today. And in 1954, he founded the International Origami Center in Tokyo. Origami Dokuhan, which was published in 1957, is another of his books that is thought of to be a classic.

Akira was also the creator of the Wet folding technique, where the paper is moistened to allow it to be folded and bent in new ways. One of his most famous works, “The Gorilla Face” features this technique.

New origami styles are distinguished by open-access folding patterns and orally or secretly transmitted sequences from generation to generation. These often features designer-made versions. Many of these models are thought to be content or intellectual property, which is copyrightable. Modern origami also gives priority to the folding of a puzzle element, and the difficulty of folding a single square of paper. 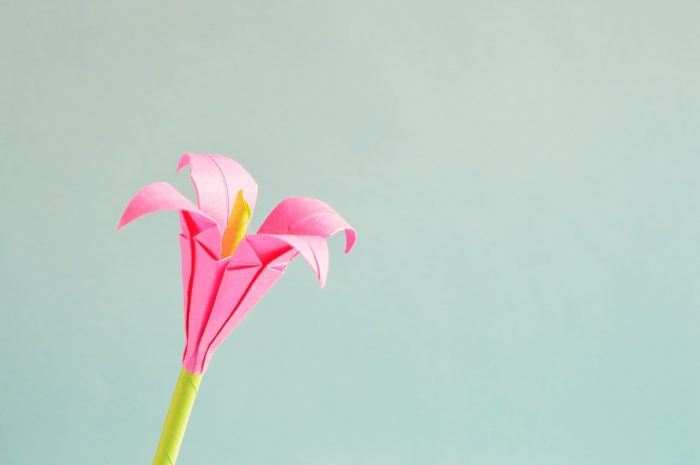 The online world has helped spread awareness about Japanese culture in more recent times, both the long-hidden facets and the aspects Westerners have heard of but knew little of.

Origami is one of those facets which lends itself to the visual medium. For more Japanese culture you need to explore, click here.