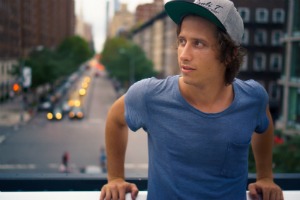 Pauli T is a young German filmmaker and world traveler. His passion for travel was sparked after he spent 4 weeks traveling in Thailand and he soon decided that he needed a way to document his life changing experiences, so his filmmaking journey began. In this interview I ask him to share his inspiration, insights and advice about becoming a traveling filmmaker.

Become a Traveling Filmmaker: Top Advice From Someone Who’s Doing It 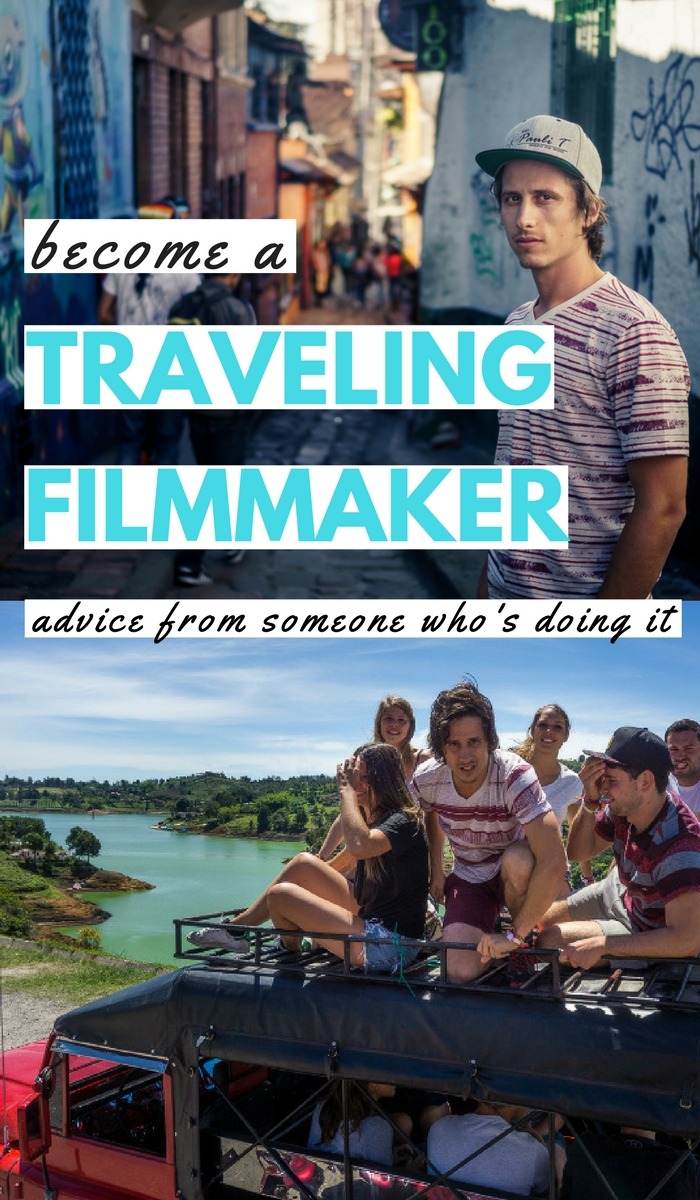 When did you first start traveling independently and where did you go?

I’ve been traveling since I was a small kid. My parents are also big globe trotters. But at this age, I wasn’t always happy with it.

All my friends went always to Italy (In Bavaria, it’s nothing special to go to Italy because it is so close). They were staying in hotels but my family always did low cost camping and backpacking trips. I had no idea what it would be like to see Machu Picchu.

But at 18, I joined a friend and went to Thailand for four weeks. That was the moment when things changed and I just began thinking, where can I go next?

What then inspired you to travel more?

I can’t exactly say that there’s something particular that is inspiring me to travel. I like to meet new people, and especially different cultures. I think this is a big point.

For example, Iceland is a beautiful country, I definitely want to go there in future, but there are many other countries I would visit first because of the more prominent culture difference. 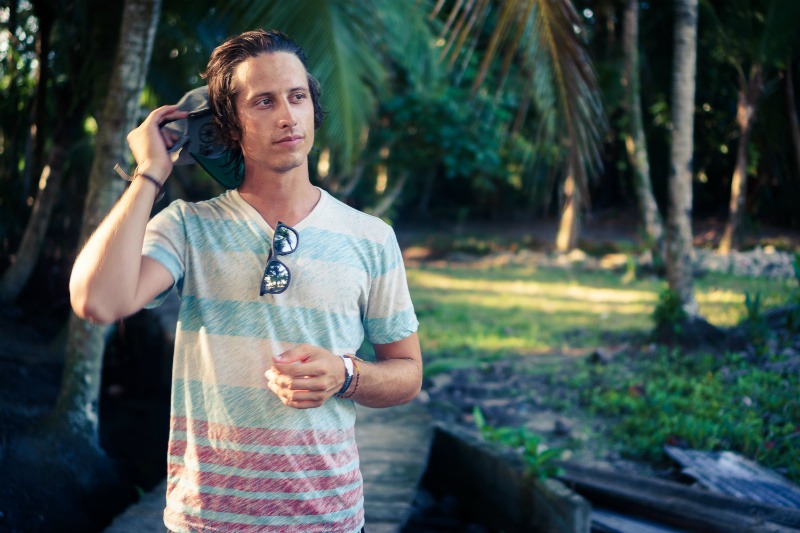 You have a Youtube channel and make videos of your amazing adventures around the world. What inspired you to become a traveling filmmaker?

This is a good question. Before I left Germany, I said to myself, I want to learn something new: photography or videography.

I made the decision that filming would be a fun way to show friends and family what I am doing, so I bought a GoPro.

At this time, I had no idea about the subscribing system or this “Youtube scene”, I just wanted to make videos.

Did you have any experience with filmmaking before you began traveling? How did you learn and what software/equipment do you use?

As I said, I was absolutely new at this business. I just tried learning by doing. Especially the editing part, which was very difficult at the beginning.

When I had some questions, I just looked them up on the internet and always found a solution, for example, “How to make a slowmotion in Sony Moviestudio”.

After I understood the basics, I wanted to get better and better so I watched more videos on YouTube and asked my self, why are other people’s videos looking better than mine? So I started to analyse.

I really began to love the process, the filming itself and the editing part, so after a while I bought a fancier camera (Sony Alpha 5100) which is good for traveling.

With this camera I also started learning photography, and again, I learned everything on the internet and through trying a lot.

It is important to say that at this time, after half a year of traveling and maybe 15 videos, I had less than 100 subs on YouTube. There wasn’t much success, but as I said, I loved the process.

I say you have to love what you are doing.

If you do it for the “fame” than forget it. I don’t think there’s any successful band that said, “hey I like the rockstar lifestyle”. They started because they loved music. It doesn’t matter what others think. And it can take years to become a success.

Same with filmmaking, don’t do it for the “Youtube fame”. If you have no passion, how could you go through all that time with little success? 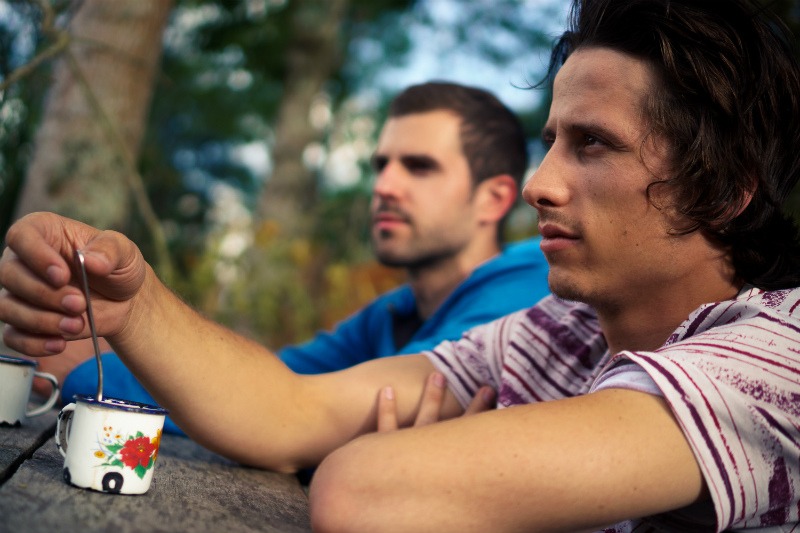 Is filmmaking a hobby of yours or do you plan to turn it into a business? What are you goals for your channel?

Filming is definitely a hobby and there are no plans for any business. As I said before, filming for me feels like a passion, I love doing it, I love the results, I love the memories I create for my friends and I.

I had an eye opening experience in the past. A hostel asked me to do a promotion clip for them. I got $200 and could sleep there for free.

I was so proud that they asked me because at this time I had just started, so I thought I was way too bad at filmmaking to get any offer like this.

So I spent a lot of time on this project and when it was over, I was tired. I wasn’t filming anymore. I was buried and gave the camera to my friend so he could film. Then I realised, I have a job in Germany that I love, so I don´t need another one.

This is a hobby and I want to keep it for me and myself. I never earned a cent from my videos after that and there are no plans to.

When I really like hostels, then I put their name in my videos but not for business. It’s more like “sharing is caring” and I feel happy when I can support them a little bit and show my viewers where I had a good time.

Goals for my channel… hmm hard question. I am glad to see that it is growing, that my videos are getting better and more and more people are watching them.

It makes me happy when I read the comments of my viewers, so I think growing a community would be nice. That’s it ☺.

Oh, there is one more thing… If one of my clips was shown at the “European Outdoor Film Tour” that would be awesome, but I don’t think this is ever going to happen, it’s more a small filmmaker dream. 😉

What strategies have you used to grow your channel and attract subscribers to follow your journey around the world?

Strategies to grow my channel… Just one and in my opinion this is the best: Making good Videos. And to me, they are still not good enough. I want to get better and better.

Have you worked with sponsors/partners in your videos or exchanged your video making skills for travel? If so, how did you establish these connections? If not, do you plan to in the future? 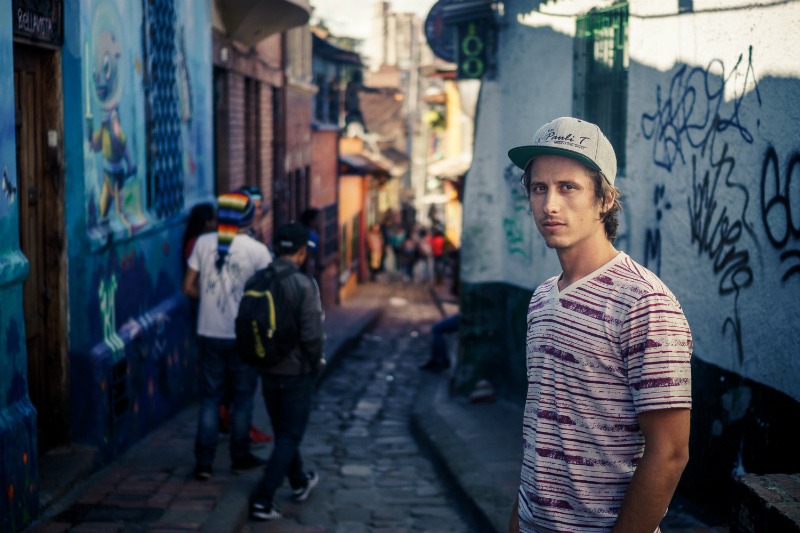 I already answered parts of this is earlier. I’ve also received a pillow and a phone, but the phone wasn’t just because of my videos. These weren’t exactly partnerships, so I would say, no I haven’t worked with them so far.

If would be awesome to have partners in the future, because ultimately, traveling will get cheaper.

But I also hate the feeling of not being free, so I really don’t know what I would do. I don’t want to “deliver” videos for anybody.

It’s the same reason why I’m not in any Network. I want to decide how I make my videos, nobody else.

How do you budget/save for travel and earn an income to continue funding your adventures?

I worked in Germany and tried to save as much as possible. Other people drive fancy cars or something else. I didn’t have a car until I turned 24. I always had to take my bike.

Now I have a full time job, so I try to live cheap, so then I can save money for traveling, that’s it.

I don’t have any particularly special tips I have to work like everybody else ☺.

Maybe the next thing that many people forget is that I also travel very low cost.

Usually I travel around the world with less money than everybody expects but it always depends on the lifestyle you want to have. 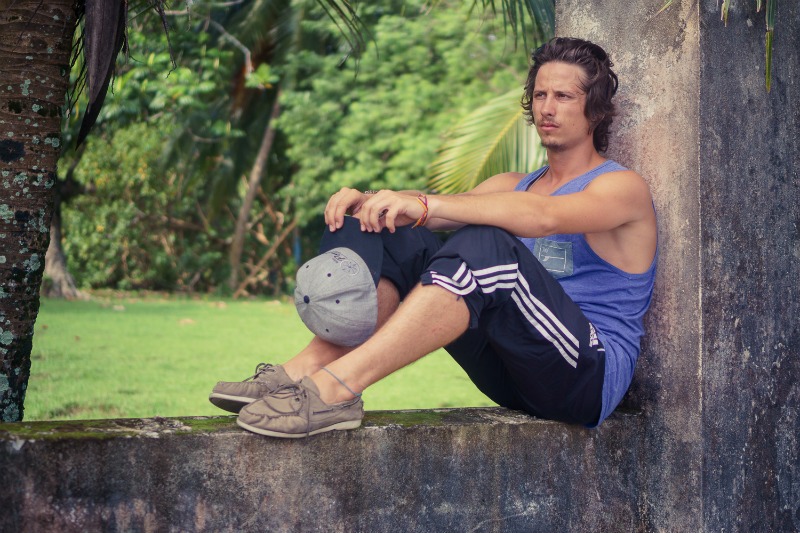 What is your favourite destination to travel and film? Why?

Favourite destination sounds like a place where I go again and again. But I always want to go to new places.

So I’d say the most special countries were Guatemala and Myanmar. I would choose them as the countries where I had the most unique experience.

Especially when you leave the touristic areas in Myanmar… You meet people who are very open and interested in you because they haven’t seen many white people.

I recommend going there soon because it is changing as more and more tourists are now traveling over from Thailand.

And finally, what is the most important thing you have learned through being a traveling filmmaker and with that in mind, what valuable advice can you give others wanting to do the same?

This is a good question, people have asked me for advice about travel and filmmaking a few times before, so here is what I learned:

1 – Filming should not be the main part and motivation. I am not going to Norway to make a new video. I am going there just because I want to go there. Filming follows. If I have the opportunity to make a film, that’s great.

2 – Don’t do something just because you have a camera. Ask yourself, would you do it even without the camera?

3 – You have to like your clip, not necessarily the other people around you. It is your adventure, your memory, your diary. (but don’t be resistant against good feedback, this is a different thing.)

4 – Don’t start out with huge ideas of success. Do it because it brings you fun. Then, maybe success will come, and then you can think about business. 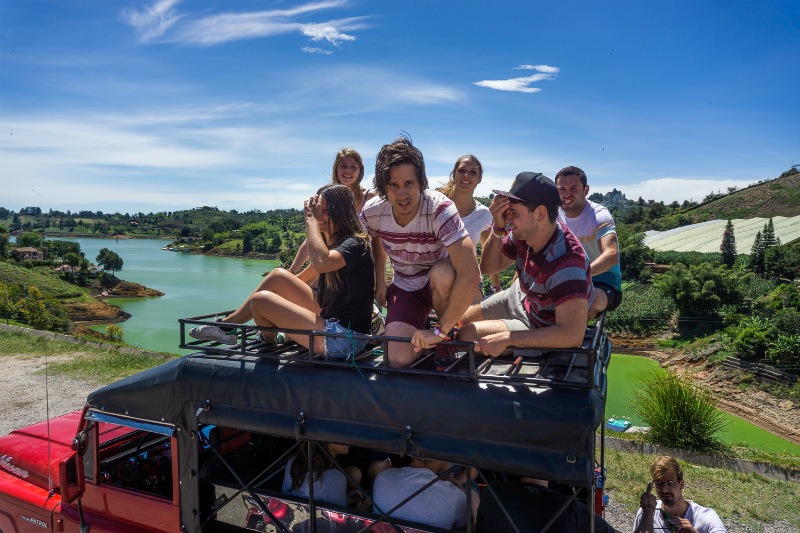 Norway – 7 days above the Arctic Circle:

Pauli, thank you for sharing your valuable advice about becoming a traveling filmmaker!

Now it’s over to you! Leave your answers below…