Rivers have been an incredibly essential part of people’s lives in every part of the world over the years. They not only offer people a source of drinking water but also help them fertilize lands and move goods between two locations. Rivers play a significant role in rainforest ecology, wetlands, and provide shelter for wildlife.

While the world’s rivers are vital in different ways, they are also beautiful. Many rivers manage to attract lots of tourists from different corners of the world. Culturally, rivers are a way of life. Rivers are a source of food for many civilizations. Without rivers, many cities would not not be standing right now. Why? As people depend on food and clean water, rivers also became essential.

Do you want to know which rivers to visit this year? Here are some of the most beautiful rivers across the world. Take a look at these amazing natural works below.

Located in northeast Africa, the Nile is the longest river in the world, stretching over 4,132 kilometers. It passes through a total of 11 countries and plays an important role in ancient Egyptian culture. Most of Egypt’s major cities were founded along the Nile.

The Amazon River, which passes through the beautiful Amazon Rainforest for over 4,100 miles, is the world’s second-largest river. The river flows through Guyana, Ecuador, Honduras, Venezuela, Bolivia, and Peru.

The Amazon claims to be the broadest river in the world. The river is so vast that it forms about one-fifth of the total water flowing on the surface of the earth. The channel has a whopping 1,100 tributaries that flow into the Channel Amazon.

The Yangtze River is Asia’s longest river that flows through a compelling series of barren rocky slopes, mountains, forests, and beautiful countrysides.

While the Yangtze River looks beautiful from any perspective, it’s better seen by boat as you’ll be able to look at some of China’s most remote and isolated communities as you cruise down the rivers. Some of the communities are almost inaccessible by any other means than a boat.

The Danube River flows over a total of nine countries in Eastern & Central Europe. It flows over 1,770 miles, beginning from Black Forest Mountains into the Black Sea. The Danube is the second-longest river in Europe. The Danube provides more than 20 million people with drinking water and is very popular for both leisure and luxury cruises. This is the reason why many tourists who tour Europe love it.

The Mekong River, another magnificent river from Asia, flows from the famous Tibetan Plateau into the South China Sea. The river flows widely across China, Burma, Vietnam, Laos, Thailand, and Cambodia. It is a very important shipping and trade route.

The Mekong River also supports 800 species of fish and 430 species of mammals. This river is very important for the area’s food, transportation, agriculture, as well as power generation. 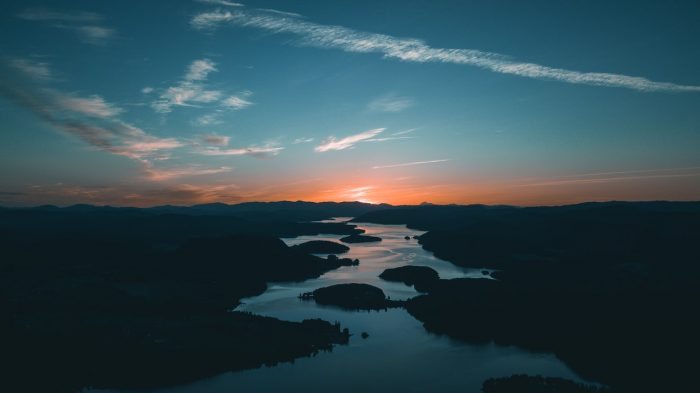 Rivers are considered the backbones of every society. Aside from the benefits that you can generate from clean rivers, it is best to remember that we need to take care of them. For more travel destinations, click here.